Sun Before Snow In The UK And A Pint Could Cost You £70! 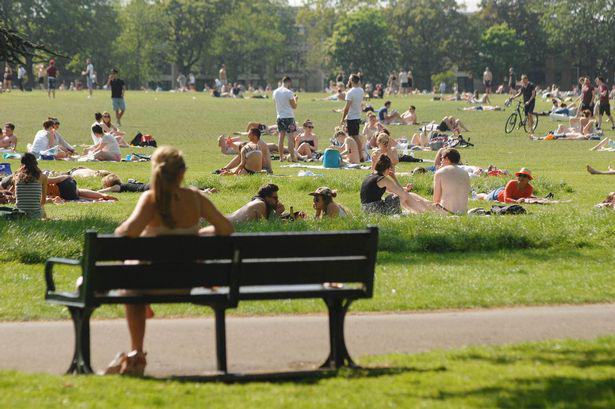 The UK is set to bask in the hottest March day on record with temperatures predicted to hit 25C.

Although, enjoy the sun while you can as the mercury will start to drop from tomorrow, and some regions could even see snow at the Easter bank holiday weekend.

Brits have certainly been enjoying their new found lockdown freedoms, descending on beaches and green spaces in their thousands.

The easing of coronavirus rules on Monday means groups of up to six, or two households, are now able to socialise outside and in gardens, while outdoor sports facilities can reopen.

However, some police forces are banning alcohol in city parks following reports of disorder and litter, with residents in Nottingham now facing a £70 fine if they’re caught with a pint.

Met Office forecaster Alex Burkhill said it was possible that Wednesday’s temperatures could surpass the March record of 25.6C, set in 1968 at Mepal in Cambridgeshire.

It comes as the mercury peaked at 24.5C at Kew Gardens in west London on Tuesday – the hottest March day in 53 years.