Spain’s Brexit Confusion As Brits Ask ‘Should I Stay Or Should I Go Now?’ 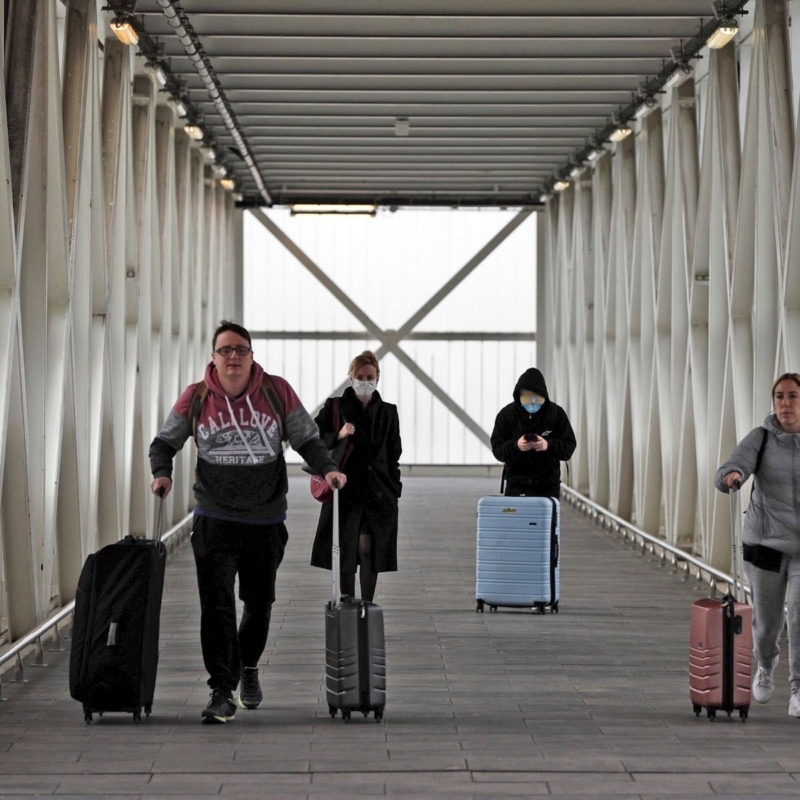 More Brexit confusion in Spain for Brits as they ask should they stay or go?

It’s Brexit deadline day in Spain for Brits who haven’t become Spanish residents or have applied to be residents.

The Brits who haven’t and have been residing in Spain since December 31st, their 90 days rights in Europe are up.

Although, with mixed messages and basically total confusion, the remaining Brits are now asking ‘Should I stay or should I go?’

Although the day before, the Spanish authorities denied that they would round up overstaying Brits, whilst though stating documentation checks at roadblocks would take place and paperwork inspections, which would be dealt with appropriable action.

Now Brits in Spain are quite simply totally confused in many instances and are now questioning is this just another Brexit farce?

Second homeowners especially in Spain, they don’t wish to be Spanish residents but at the same time prefer to stay longer than 90 days in their expensive villas along the coasts.

“I’m aware that many second homeowners are concerned about overstaying as we reach 31 March. The Spanish Government has been clear that it will take a pragmatic approach to anyone who is stuck in Spain due to circumstances beyond their control, so I don’t want people to be overly worried on that count. However, if people do not intend to become resident here in Spain and see the UK as their base, we do expect them to take steps to return to the UK as soon as they can.”

The EU withdrawal agreement clearly states that only 90 days are permitted, but some now feel it’s just a Brexit farce and won’t actually happen in Spain as Thomas Chubb told Global247news this morning from his villa in La Cala:

“This is just another Brexit total farce, it’s quite pathetic, as Brexit has been all along, the left arm doesn’t know what the right arm’s doing quite frankly.

“I should be leaving today with the wife, but now it’s a case of ‘Should I stay or should I go?’ – to me, it sounds like the Spanish are backtracking because they don’t want to lose the income from Brits in Spain.

“It’s a political mess, you can’t trust the word though, of the Spanish authorities and government, they change their minds like the wind.

“I don’t think many Brits here actually trust them to their word but the word from the British Ambassador Hugh Elliot isn’t full of clarity either in my opinion.

“Personally, we had made plans to leave today but I think we will take the risk and head back in 4/5 weeks instead” he finished.

Although some Brits in Spain feel now its never going to happen and that British citizens will have no issues staying longer in Spain for more than 90 days, one of those Bob Murphy, who owns properties in both France & Spain as well as South Wales said this morning:

“France is going to be tougher and follow the directive of the law, It’s though looking different here in Spain and going to be far more relaxed I feel. I just sense it, at the end of the day it always comes down to money.

“Personally I blame David Cameron – he should never have given the vote to people who didn’t understand what they were voting for in the first instance and not to allow Brits living in Spain was atrocious” he concluded.

The next four weeks may see more clarity in Spain but at present, it’s clear as mud as the first 90 day period comes into play.