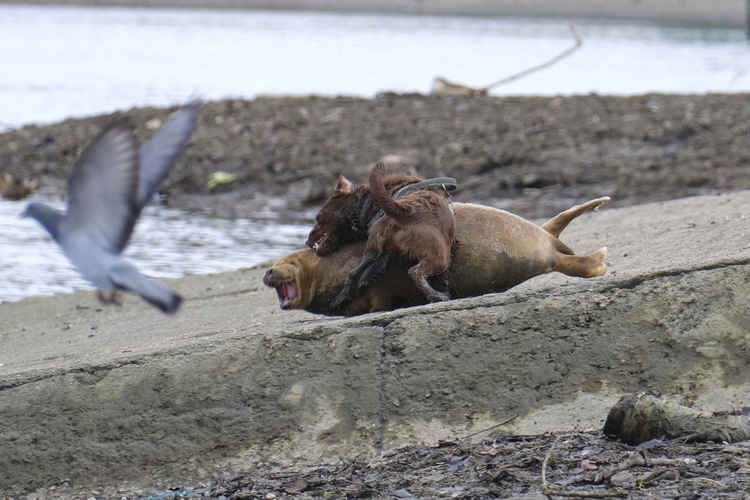 There will be no criminal action over the death of a popular seal pup at Hammersmith Bridge.

The harbour seal pup nicknamed Freddie Mercury was a common and popular sight in the River Thames in Richmond.

Tragically Freddie was attacked by a dog that was “just going crazy” and suffered serious injuries to its right flipper.

The seal was treated by a vet but had to be put to sleep the following day.

The dog’s owner  QC Rebecca Sabben-Clare gave her “unreserved apologies”. And said she was heartbroken by what happened.

A Met Police spokesperson said. “Police have investigated the death of a seal after it was injured by a dog on the River Thames near Hammersmith Bridge.

“Officers attended the location at approximately 12:39 hours on Sunday, March 21. Along with colleagues from the London Fire Brigade.

“They recovered the young pup from the river bank and it was taken to a rescue centre for treatment. But had to be put down later, due to injuries sustained in the incident.

“Following the investigation, there will be no further criminal investigation or action taken by police in regards to this matter. The owner of the dog has been informed.”

The incident caused an outpouring of grief across the nation. And thousands signed a petition calling for action to stop future dog attacks.