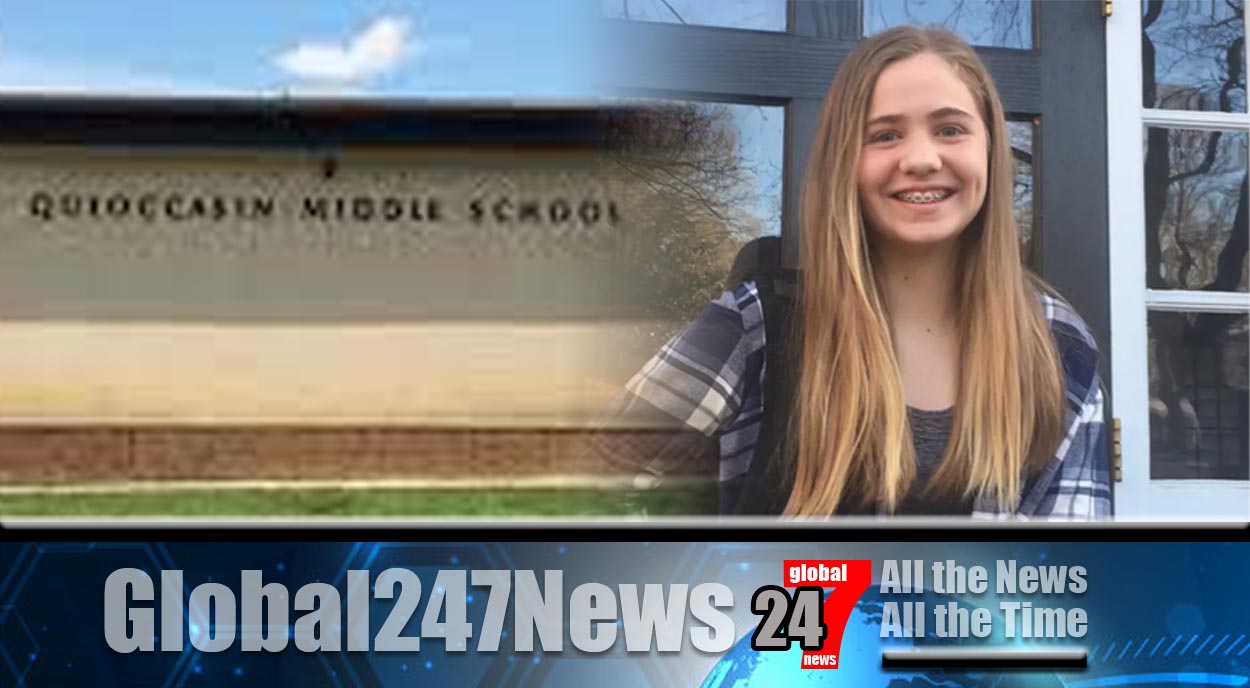 A school has shared it’s devastation over the death of eighth grade student Lucia Bremer.

13 year old Virginia schoolgirl shot and killed by youth. Police announced that a young boy has been arrested over the shooting. While walking with a friend in Hernirco County, Virginia on Friday afternoon Lucia was shot multiple times. She was rushed to hospital but died a short time later. Her principal, from Quioccasin Middle School, Melanie Phipps, wrote an emotional letter to Lucia’s family describing her as “exceptional; truly one-of-a-kind”.

Ms Phipps said in the letter “Words can barely begin to describe the tragedy and loss for our community and beyond, but I will try. Lucia was funny. She loved to tell jokes and made people laugh. She was an amazing public speaker, and you would just listen in awe as she spoke. Lucia was wise beyond her years. Talking to her didn’t feel like talking to a middle schooler. Lucia was exceptional; truly one-of-a-kind.

She was brave, hardworking, and kind to everyone. Her smile would light up the entire room. In fact, her mother told me that Lucia’s name means ‘light’, which is just the perfect way to describe her. She radiated happiness, and she loved our school”. Lucia’s parents confirmed her death on Saturday morning via the family’s Facebook page.

The post read “Liberty Tree Farm is saddened to report that our beloved daughter and joyful farmer, Lucia Whalen Bremer, was killed in a senseless act of gun violence on March 26.

Thank you for keeping our family in your thoughts as we navigate the next few weeks.” The Henrico County Police said the offenders name is being withheld due to his young age. He has been charged with second-degree murder and possessing a firearm. Lieutenant Matt Pecka said “Our thoughts are with the family, HCPS student body, and faculty during this timely death.”