Mar 28, 2021 Dog owner issues warning as her dog gets wasted taking a trip on magic mushrooms 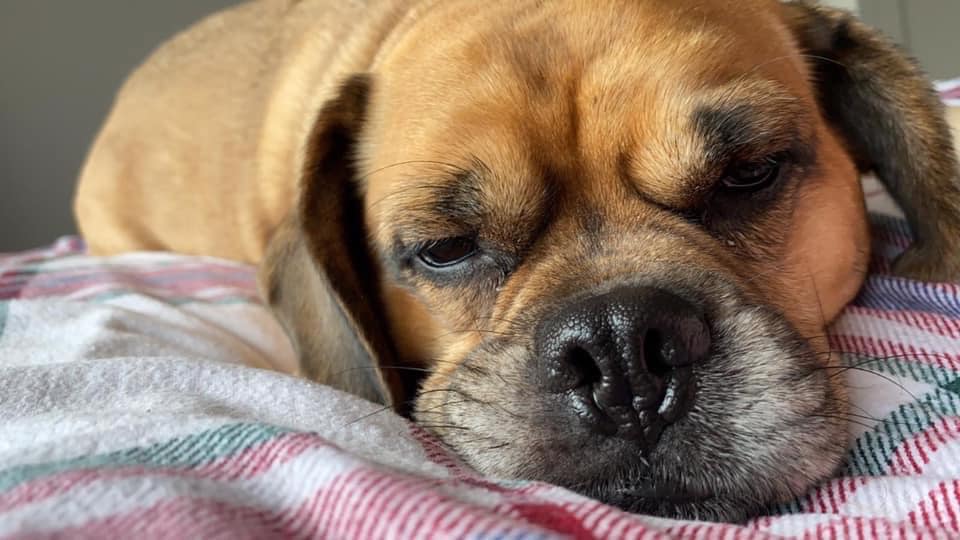 Samantha Day, originally from Talbot Green but now residing in the leafy suburbs of Pencoed, had what she called the ‘Experience of a lifetime’ she never wishes to relive after her beloved dog, Max decided to get a hunger for magic mushrooms.

Day, 32, and her best friend Max a naughty Puggle went out as normal for their morning walk in Pencoed but it was certainly going to be a walkies to remember for the redhead.

Samantha recalls, ” As I looked across the field, he was rolling around in a funny style and all wobbly on his legs, then he started to chase after fresh air, he’s not the fastest dog normally but he was rapid – I couldn’t catch him but then he started circling and I was able to grab him, it was then that I could see his eyes, they were glazed and rolling

“I could then see magic mushrooms hanging from his mouth – it was then I realised he was high on a trip!

Day responded quickly and rushed to the emergency vets, I was petrified he was making all these very funny noises like he had the hiccups but slightly different, I swear he was giggling” she said.

On arrival at the vets, Max, clearly tipping,  was rushed straight to the treatment table and giving an injection to force the drug-fuelled dog, to be sick.

” He was puking black juice,” said Day, “I was really frightened but the vet assured me he would be fine although they advised he was still on an ‘up’ and I would have to take him home and wait for him to come down from the hulacinating experience”

Matters didn’t get any better though for the 32-year-old dog lover, as Day explained:

“He rolled off the bed, he walked into doors and just sat there watching the washing machine go around, then after a while he became really grumpy, growling at nothing, it was then that I realised the high was now going to a low”

Matters turned less anxious as Max slumped into a deep sleep last 12 hours until this morning.

Day warned other dog owners, ” You don’t want to see your dog go through this I assure you, who would think a dog would eat magic mushrooms, but I can assure you they do!

” I can see the funny side now, but it wasn’t amusing at the time, my sister Kimberley hasn’t stopped laughing at me, whilst my Dad has been quick with all his dry sarcastic remarks!”