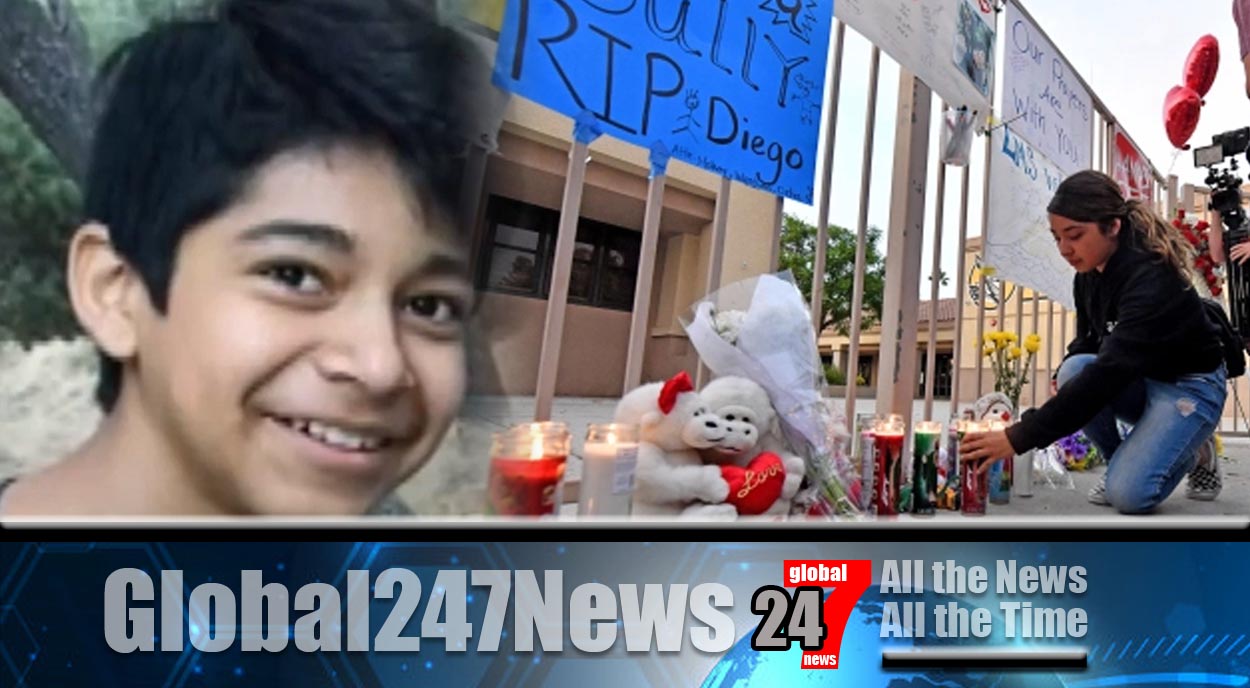 Two boys who admitted to manslaughter have been sent home on probation.

Schoolboy killers of 13-year-old boy sent home on probation: They beat and killed 13-year-old Diego Stolz in California. Then they escaped a prison sentence by owning up to involuntary manslaughter of Stolz. Subsequently, the teenagers were sentenced to probation and allowed home to the custody of their parents according to local news reports. Video footage from a phone shows Stolz being repeatedly punched in a school yard before falling and hitting his head on a pillar.

The incident happened at Landmark Middle School in the Moreno Valley, about 60 miles east of downtown Los Angeles. The principal of the school was removed from his position soon after the attack. His death is leading to reforms in bullying. The two attackers, both 14-years-old, also received community service and a character building program they have to attend.

According to reports the judge at the trial, Riverside County Superior Court Judge Roger Luebs, said the boys showed no remorse for the attack.

However this was denied by both their lawyers. Mr Luebs said that the responsibility for Diego’s death was “entirely down to them”.

He continued “These kids have not had enough experience delivering empathy. You guys are not the center of the world and you guys need to start figuring that out.”

The judge ordered the boys to return to Juvenile Court for a progress report in June, and said they would be remanded back to the juvenile hall if they did not comply with his orders.