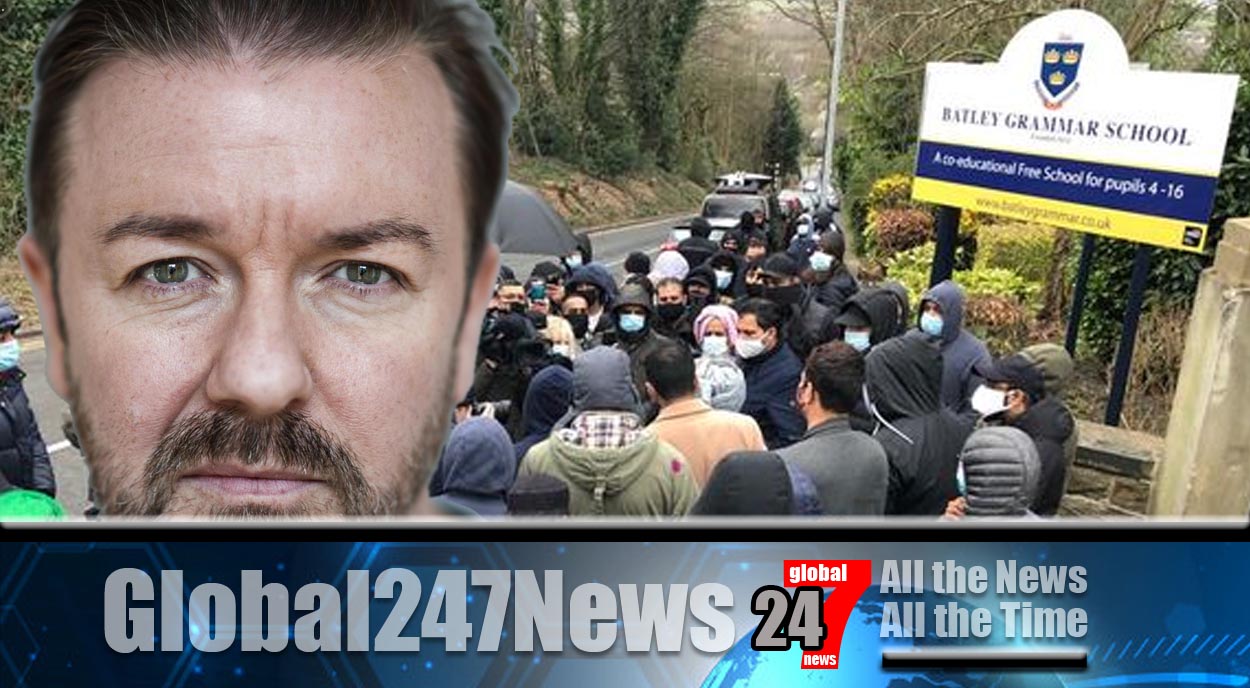 Ricky Gervais has chipped in to comment on the Prophet Muhammad race row.

Ricky Gervais gets involved in Prophet Muhammad race row. A teacher has been suspended from Batley Grammar School in West Yorkshire. It’s alleged that he showed pupils a cartoon of the Prophet. Parents protested that the cartoon came from Charlie Hebdo. The French satirical magazine. Later, the school issued an “unequivocal” apology.

Gervais took to his Twitter account to share his views on the subject. On Friday he tweeted “Blasphemy?.  F***ing Blasphemy? It’s 2021 for f***s sake. What next? People being punished for insulting unicorns?” Police were at the gates of the school on Friday as many gathered. Most of them not wearing masks.

Additionally, the demonstrators, mainly men and boys, said they were there “to show the country Islamophobia won’t be tolerated”, saying that the image is “so offensive” to them. Former Conservative Party chairwoman Baroness Warsi said it had been hijacked by extremists on both sides enabling them to start a “culture war”.

She spoke on Radio 4’s Today program, saying “It’s about safeguarding children and making sure the school look again, as should every school, to ensure that every pupil in their school is being taught in a way which creates a positive, unifying learning environment.”

And also condemning the censorship of teaching, Robert Jenrick, communities secretary, said “This is a country based on free speech and teachers should be able to tackle difficult and controversial issues in the classroom. And issues should not be censored.” Gervais has been a campaigner for free speech for many years. Saying in an interview last year that “people being offended is the lesser of two evils”.