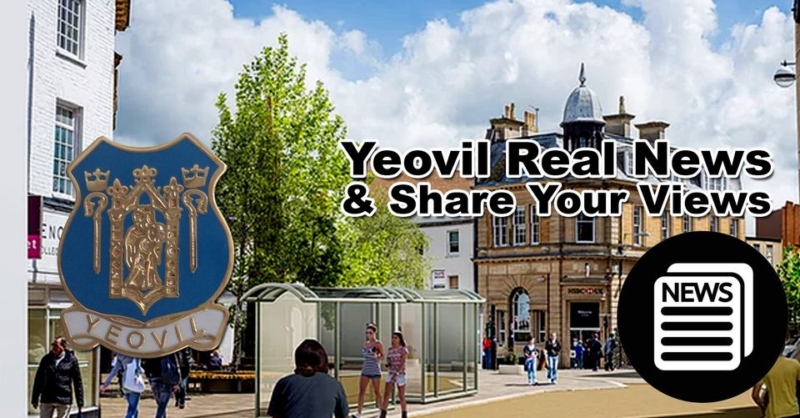 In Yeovil, Somerset, Ian Platt and a group of fellow residents have appeared to have had enough of ‘biased and controlled’ actions taking place in their area.

Now they have formed together to take a stance.

Mr Platt says he moved to the area recently in 2020 and whilst delighted with his choice of the move to the town, was appalled by the actions of some on Social Media, claiming different opinions are not allowed as well as free speech at times being restricted for no reasoning.

Platt says: ” As I moved into the town, as a newcomer, of course, I needed information and signed up, as you do, to some social media groups on Facebook – but I was shocked by some of the actions that were taking place, reading some of the groups it was clear to me there was some bias going on towards some for and against

“I have to say ‘Yeovil News & Views was informative on occasions, but the largest group, Yeovil Real News was totally shocking!

” When I started to mix socially with people in the town and whilst out dog walking etc, I would mention this particular group and often the reply was “I’m banned from that one” – even my window cleaning, company Trade Solutions, said the same.

” It was not long that I got banned myself for no apparent reasoning, I simply disagreed with another opinion and I was soon blocked from using the channel.

” I was shocked at the small-time mentality really, it seemed if you got on with the woman who set up the group, all was fine, but if you were an outsider or not an associate of hers, she will just ban you instantly.

” In my opinion, she clearly had an agenda, I started to do some research and found many others had the same thoughts as well as also suffering the same fate of being blocked

” It was clearly all about her and her opinion, I started to do my research,” said Platt.

Mr Platt, a former investigative journalist with the BBC World Service and other organisations went on to say how he feels local news and views are even more important today than ever, he said:

“The mainstream media just publish today what they want you to hear, there appears to be no room for local opinions or debate, its just a case of, that’s it, end of – But where is the room for debate and discussion in that?

” So I and a few others around the town have formed a new Facebook group to where everyone is welcome to talk local and without the fear of being banned for having different opinions, its called ‘ Yeovil Real News & Share Your Views’ – we have a lot of up and coming events taking place in the town, such as ‘Yeovil Refresh’ and much more as the town continues to grow.

” The group will share all the local news and events and will allow free advertising for local businesses as well, something that is often sinned on by other groups, we are coming out of a pandemic, local businesses and trades need support right now” he stated.

Ian, told of how membership applications only started today and how he hopes to see the group grow, ” I hope there are others out there in Yeovilthat agree that free speech shouldn’t be stifled and that a group should not be biased to others agendas, as I’ve witnessed.

“Many groups including some of the ones in Yeovil have administrations with alter ego agenda’s – this I can assure you isn’t going to be that way inclined at all” he finished.

” I think this group will be a breath of fresh air, personally I got removed by overzealous Admins on ‘Yeovil Real And Community News’ – it’s well known for being a closed shop on there and if I’m honest the woman who started it, runs it for her ego, which comes across obvious to so many others, look how she courts publicity, she’s been in the Sun, Mirror and Mail.

“Although I do like Yeovil News & Views it seems for the older generation, I do like the fact this new group will allow free advertising too for local businesses, that’s a positive for a start – we all need something like that after the last 12 months”

” Free speech is a must and I think there’s nothing wrong with polite banter too,” said Vincent.

For those wishing to join the new group on Facebook for the people of Yeovil and surrounding areas, the group can be found here