Mar 26, 2021 Tears flow for Brits as they head home to avoid being deported as illegals in Spain 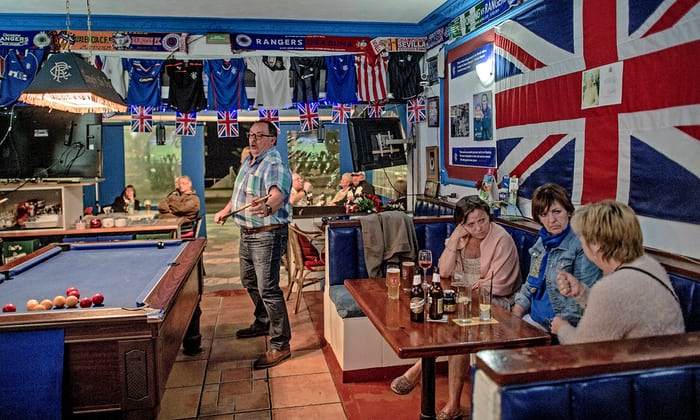 Tears flow for Brits as they head home to avoid being deported as illegals in Spain: Brits this weekend across Spain, leave the country for at least 180 days as they don’t wish to be Spanish residents or have been declined for residency.

What started out to be a dream life in the sun, has turned into a nightmare for thousands of Brits who didn’t wish to be legally registered as a resident in Spain.

By not being legally registered, Brits until now, have gone under the radar when it came to paying Spanish taxes and other contributions, but Brexit has changed that, now they have to be out of Spain by March 31 when they will be deemed as illegal immigrants and deported anyway as their 90-day legal stay ends.

It’s not just the tax dodgers though that are affected, some ex-pats have been declined residency despite applying whilst others amazingly missed deadlines to apply, believing nothing would actually happen until cops started preparing deportation plans in anticipation of the deadline date.

Spain’s police force and authorities are expecting to deport 500 UK citizens within the first week, with targets already earmarked to be picked up and deported home, knowingly to the authorities not having the correct paperwork to remain.

Although a small exodus of Brits has started this week as they head back to Britain to beat the deadline.

One of those, Anthony Cook, tells of a great 7 years in Spain, but now he’s on his way home, he told Global247news: “The Spanish dream is over for me, it’s time to go back to Cardiff, it’s been a blast but the new regulations have made it impossible to stay, I don’t have enough credentials to become a resident, it was so easy before, get your funds in from the UK, do a bit of cash in hand around the likes of Benidorm and bob was your uncle, but that’s all changed now – hey, don’t be fooled thousands of Brits in some guise or other have been doing the same thing, especially in the entertainment industry!

” Anyway, it’s time to head home, the freedom of movement has gone, and I don’t want to end up getting deported and fined,” he said.

Cook though says he knows of any who are going to try and ‘wing it’ and stay, he said ” I know of loads who are going to stay thinking they won’t get caught, I think they will but they have said to me how are they going to check everybody but quite truthfully I don’t want to be looking over my shoulder, if they get away with I will look at it again and come back in 6 months

“I’m not taking the risk – I will study and watch, see if they get deported” Cook finished.

Another returning at Malaga airport today was Shaun Cromber who despite voting for Britain to leave the EU, didn’t believe it would end his Spanish lifestyle, he said: ” Yes I voted out, but I didn’t realise it would come to this, my application has been rejected and we are on our way home – the wife is in tears, she’s distraught if I’m honest and I’m not too happy at the prospect of returning back to the UK.

“I’ve loved living on the Costa del Sol and after 5 years can’t believe it has come to this, we applied but got rejected and so have no choice, although long term I think the Spanish will regret chucking us out of Spain”

The deadline now is only 4 days away and it’s certainly going to be interesting to see what happens when the British become illegal immigrants in Spain.