Georgia Man gets paid in pennies 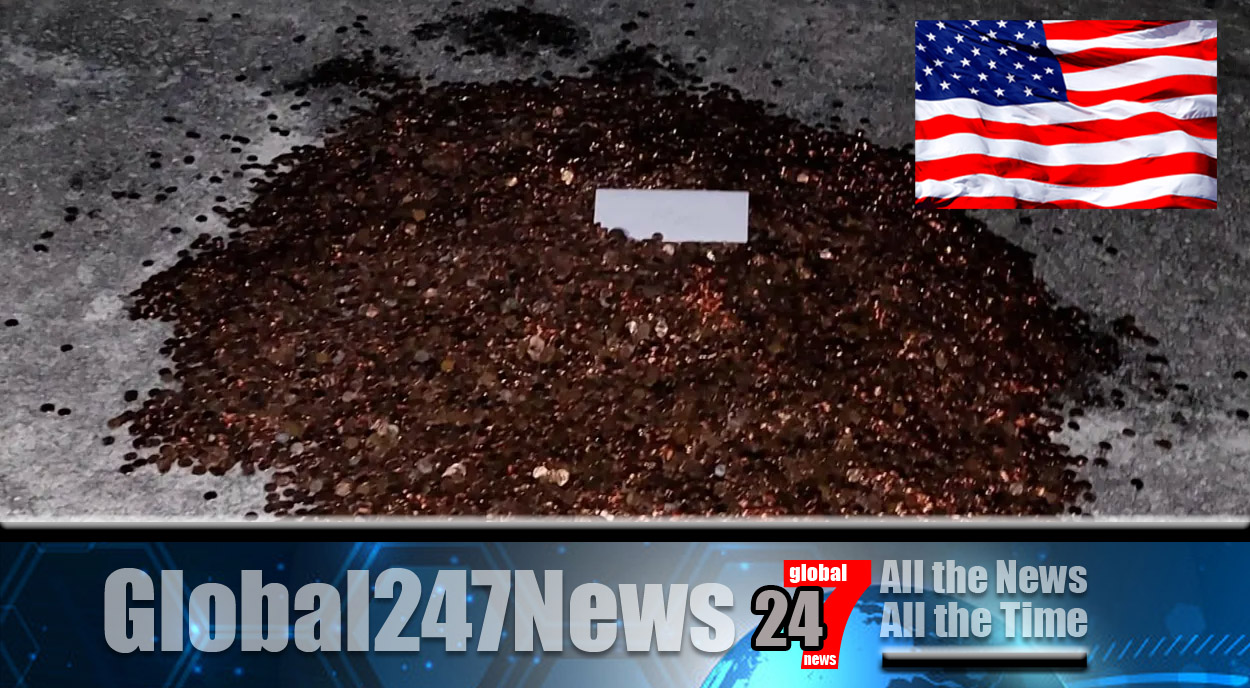 After quitting his job a man has been given thousands of pennies in final pay.

Georgia Man gets paid in pennies: Andrea Flaten, 26, from Fayetteville, Georgia, US was handed 91,500 pennies all covered in motor oil. It came after he handed in his notice at the garage he worked at. Along with the haul of grubby coins was a note saying “Fuck you”. Olivia Oxley, Mr FLaten’s other half, said he is “irritated” by what his ex-employer had done.

She said he now has to sit and clean each one before he can cash them in. The firm, A OK Walker Autoworks, were getting their own back. After Mr Flaten had contacted the Department of Labour over late payment of the final amount owed to him. In an interview Ms Oxley said. “We went to the end of the driveway and there was that giant pile of pennies. All covered in oil, and we had to shovel it out of the driveway.”

The total amount was $915 and weighed approximately 227kgs. Ms Oxley added “That’s actually not even his whole pay cheque. That was his salary but he was also paid a commission at the end of every month. So he’s definitely still owed money.”

According to her it took Mr Flaten two hours to clean five dollars worth of coins. So it’s going to be a long job!

She went on to say. “He worked for the money the first time. And now he has to work for his money again so that seems completely backwards to me.” When questioned his ex-boss said he couldn’t remember dropping the coins at Mr Flaten’s home. Miles Walker said “I don’t really remember. It doesn’t matter, he got paid, that’s all that matters.”

Earlier, in response Ms Oxley said. “It was hilarious that he had taken that much time and energy to get those pennies. To transport those pennies and then dump them at the end of the driveway and put oil all over them. We can’t even spend the money because they’re covered in oil. And you have to wipe every single one of them off individually in order to get all the oil off.

Finally he said, I’m frustrated that someone can do something like that and we’re just kind of left there cleaning up the mess.”