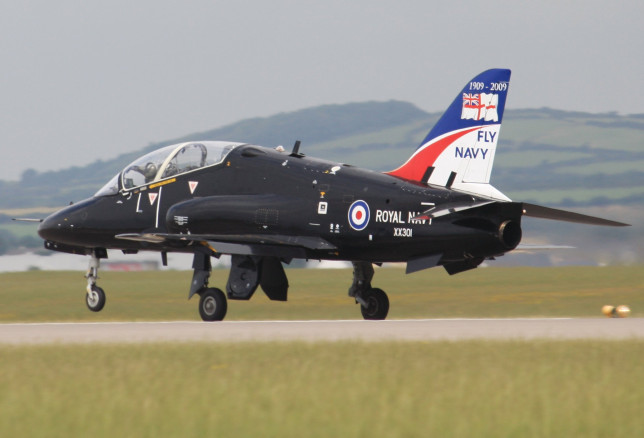 A Royal Navy jet has crashed into a field in Cornwall after two trainee pilots safely ejected.

The crash occurred near the Lizard Peninsula, roughly 10 miles from RNAS Culdrose. Local resident Layla Astley tweeted: ‘I saw the plane fly low over our house and then there was a crack as the two pilots ejected. ‘Parachutes open. The plane then banked left and crashed in a nearby field. Just hope no one was hurt.’

A Devon and Cornwall Police spokesperson wrote on Twitter: ‘Emergency services are currently in the St Martins area of Helston following reports of a plane crash. ‘Public are asked to avoid the area whilst first responders attend the scene. Updates as we get them.’ More to follow.