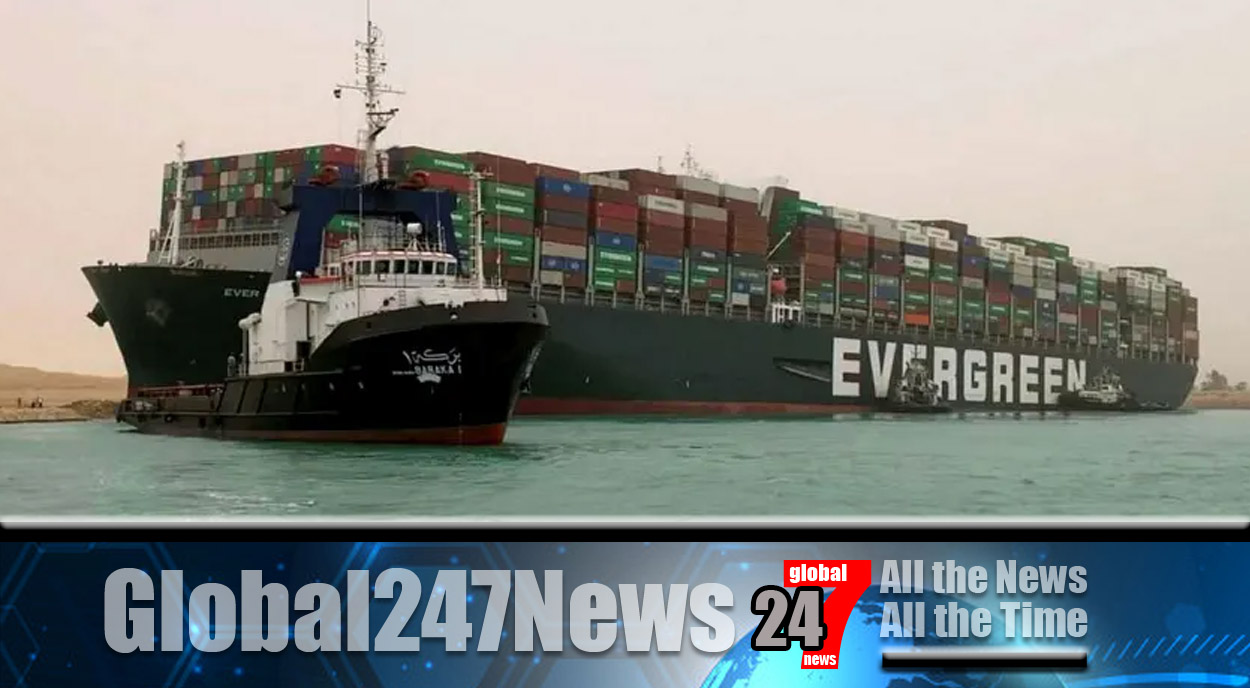 The Suez Canal was blocked yesterday (Tuesday) after a huge container ship ran aground.

Suez Canal blocked as huge container ship runs aground: Traffic was stopped in both directions after the 400 metre long and 59 metre wide container carrier got stuck. The canal, which runs from the Red Sea to the Mediterranean, saw over 100 vessels unable to make the passage. A witness from a nearby vessel, Julianne Cona, posted a pic to Instagram with the quote “Ship is super stuck. They had a bunch of tugs trying to pull and push it earlier but it was going nowhere. There is a little excavator trying to dig out the bow.”

The Ever Given was on it’s way from China to Rotterdam when it hit difficulties. It entered the Suez Canal on Monday night before getting stuck on Tuesday and was still there early this morning. The Ever Given’s bow and stern appeared to be lodged against the walls both sides of the canal. Alok Roy, fleet director of BSM Hong Kong, the Ever Given ship manager, said “There was a grounding incident.

There have been no reported injuries or pollution”. Taiwan-based Evergreen Group, the vessel’s operator, were not immediately available for comment. Cairo24 news reported it may take days for authorities to remove sand from around the ship’s hull to get it moving again.

The Ever Given set a record in 2019 for being the longest ship to traverse the canal. The normal maximum vessel length is set at 366 metres.