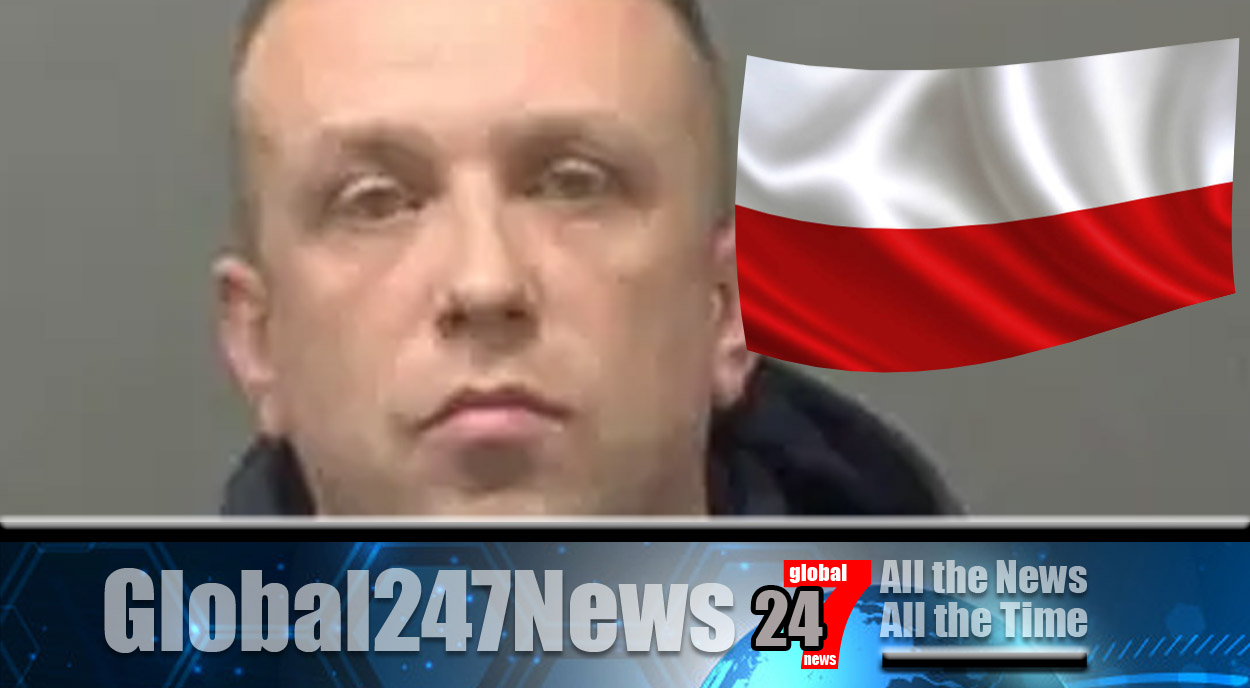 A Polish drug gang who smuggled £2 million worth of drugs into Britain have been jailed for almost 50 years.

Polish drug gangs face nearly 50 years in jail: The gang, who were armed, smuggled ecstasy and cocaine. In a covert undercover operation officers watched Damian Masalski, 25, meet with Roman Lada, 53, at a service station on the M11 near Bishop’s Stortford, Hertfordshire. Luton Crown Court heard that Masalski handed over money to Lada who then stashed it in his vehicle.

However Lada was stopped at Dover port the next day as he attempted to leave the UK. During the search officers uncovered more than £500,000 in the cabin of Lada’s Lorry. A fortnight later Masalski was at it again, this time meeting Tomasz Dimitruk-Kot, 25, and Damian Mysliwiec, 36, in Stevenage.

Earlier, Detectives from a joint National Crime Agency and Metropolitan Police unit pounced when they saw plastic bags being exchanged. They contained cocaine worth £960,000 and £85,000 in cash. A search of Masalski’s home in Stevenage uncovered a further £134,450, plus 24 kilos of high quality MDMA worth £962,000. After he was identified as an associate of Masalski, police stopped Adam Anchim, 36, in Luton. They found a handgun, 24 rounds of ammunition, 220 MDMA tablets and 126 grams of cocaine in his vehicle.

The Organised Crime Partnership discovered that Masalski, Lada, Dmitruk-Kot and Mysliwiec had been working together to arrange for the importation of cocaine into the UK. Anchim was listed as an associate of Masalski. Lada was sentenced to three years and four months in prison on the charge of attempting to remove criminal property last month.

The others were sentenced on 22nd March. Masalski pleaded guilty to conspiracy to supplying Class A and B drugs and was sentenced to 18 years in prison.

Also, Dmitruk-Kot pleaded guilty to conspiracy to supply cocaine, and received 12 years six months in prison. Mysliwiec admitted the same offence, plus involvement in other offenses and was sentenced to eight years and seven months.

Anchim pleaded guilty to possessing a firearm and possession with intent to supply Class A drugs and was sentenced to seven-and-a-half years. The gang as a whole received 49 years and 11 months in prison. Detective Inspector Richard Smith said “These five men were involved in a significant criminal operation that brought Class A drugs into our country for profit.

The additional element of Anchim’s firearm makes their plot even more dangerous. Drugs, cash and violence all go hand-in-hand. The NCA and Met will continue to work together to stop organised criminals profiting on the importation and supply of drugs, which in turn will help reduce violent crime across London and the rest of the UK.”