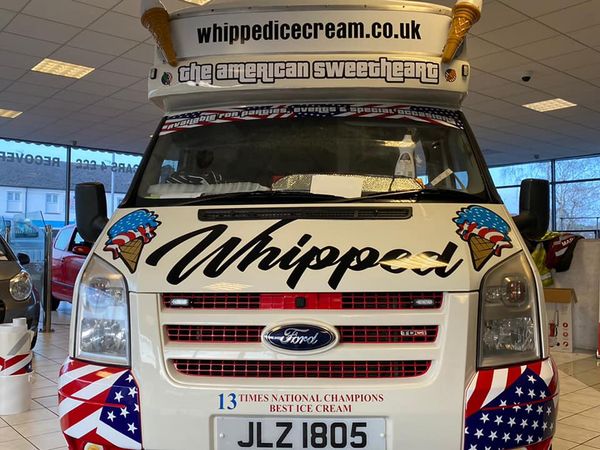 Over the years across the UK, there have been many ‘turf wars’ between Burger and Ice Cream vans but the latest war seems to have broken out in Somerset, albeit so far digitally, as a ‘new player’ enters the market.

Whilst so far the ‘war’ has taken place digitally – it’s as toxic, if not more, than previous ‘ Turf wars’ seen in larger cities such as London, Glasgow & Cardiff.

Now that the budding entrepreneur appears to have launched his fleet, the new ice cream operation has come under digital attack from opposition out of the Taunton area.

Noodles Ices, from the Taunton region, took to their social media page, named simply as ‘Noodles’ to launch a scathing unprovoked attack posting:

“There are ice cream vans in the Yeovil area owned by Sam Francis Jones claiming to sell Mr tees icecream this is not the case Mr tee has asked he removes all signage from vans and Facebook pages noodles and Mr tee do not want to be involved with Sam Francis jones in any way and think it incorrect that a convicted sex offender can roam the streets selling icecream to kids
This is not made up to slander its true facts before the keyboard warriors start”
The poorly written statement attracted some vile abuse, towards the new market player, much of it illiterate and unreaptable, although not in hundreds and thousands of numbers, but enough to attempt to damage any new starting fleet.
Gio Baker, commented: “Sam doesn’t care who’s toes he treads on. Nothing but a cocky t**t”
Despite the appalling unfounded insinuations on the Yeovil businessman, by ice cream operator ‘Noodles’, Jones remains unaffected and calm by returning with on his own social media pages:
“Got to love companies that have to slate other companies to try and get the upper hand.
“Just an idea? – Get on with your own business.
” I’ll get on with looking after my kids and running a business”
Although due to the toxic nature of the posting by his clearly worried competitors, who it appears don’t wish him retailing the same brand of “Mr Tees” ice cream, Jones had to defend himself once again, after the toxic posting did the rounds on social media.
Jones laid out openly and in admission:
“Just about to write a status to clear up all the bull sh@t that is posted about me.
“But I don’t feel I should have to explain myself in the slightest.
“Never have I been found guilty or convicted of an offence other than ABH when I was 18 that involved alcohol and a 37-year-old bloke that hit a girl in front of me. (18 drinking my first shandy)
“Then 4-5 years ago impersonating a police officer. Which I’m sure you all remember. (Only thing that it was for was having a sticker in my back window) at no point did I pull people over much to popular belief.
“The only other criminal offence is driving whilst disqualified – Which I very luckily received a suspended sentence for.
“Since then. My god, I have grown up. I’ve become a proper dad. A hard worker. Helped many people.
“But all that gets forgotten even tho I actually have proved I’m not the person people think I am.
“Every day I will get up and do the best I can for me and my kids
“If you have nothing better to do with your time. Crack on.”
The posting brought a volley of support with Liam Dowden pointing out: ” Fair play to you mate. Everyone makes mistakes everyone loves to point a finger” – and that sentiment was endorsed by renowned business consultant and former Apprentice US star Paul Schwartz, the American business guru, who’s based in Manhattan NYC, advised Global247news this morning after reading the dossier,
“Having read the news file, there appear to be a few factors here, firstly Jones has replied to the statement published, in the appropriate manner, he hasn’t reacted.
“The tactics of these slurs are foremost to cause damage to his business and to bring about a negative reaction by way of return as well as attempting to entice ice cream buying customers into the equation.
“The fact is, and this is good advice to Mr Jones, consumers take no notice of alleged stigma from competitors, in fact, his competition is giving him free advertising, although consumers in this instance will just want a good damn whipped up ice cream, they don’t rock up to the retail van inspecting who owns it! – they just want a good service and be able to buy the product they desire. 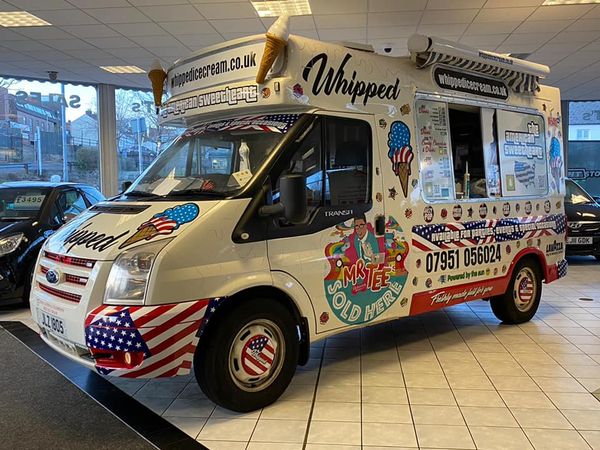 “Now it appears that the competitor ‘Noodles’ has concerns over his current supplier, ‘Mr Tees’, also supplying the new kid on the block. That’s a pretty standard concern, especially in smaller States, the lesser the population, the more a small business can be concerned. The question though is why didn’t ‘Noodles’ have supply signed up and contracted exclusively?  – Clearly, they never, in probable because ‘Noodles’ don’t shift enough volume, hence deploying the ‘slur’ tactic to their supplier. It seems ‘Noodles’ are in what we call ‘fear factor mode’
” My reply to Gio Baker comment of ‘Sam doesn’t care who’s toes he treads on. Nothing but a cocky t**t’,-  we live in a free enterprise society and to be in business today you need to have ‘balls’, in business, you ride on emotion and need that swagger to succeed, the retail business is not for dull characters or the feint hearted ” he added.
Schwartz, then went on to look at the legalities of the spurious claims from ‘Noodles’ and advised,
” There’s a criminal act here as well as libellous, whilst Jones may not wish to go down the libel route, due to time and costs, let’s face it, we aren’t talking multi-million-pound enterprises here and any victory in a libel case would no doubt see a Company closure to avoid damages,  there is another angle, I would suggest he considers.
“Social media behaviour like this is unacceptable, toxic remarks can be accountable in the law courts in most free countries today, here in the States, it’s federal law you can’t act in such manner, in my opinion, Jones could have every person who’s made a toxic comment, as well as the statement, held up for the misuse of the communications act, this can carry a fine up to a jail sentence.  He should consider that, the feds are clamping down hard on it right now, it’s not acceptable in the business world for companies to be slandered on social media.
“Also if the supplier ‘Mr Tees’ has retracted on supply after a supply agreement, Jones should go to the DTI in the UK, basically it’s a monopoly situation to favour ‘ Noodles’ ” stated the business guru.
Although he finished with: “I’m loving the American look van, that van has style!”
Whether Jones takes the advice is yet to be seen, although UK sales of ice cream are expected to ten-fold this summer with holidaymakers likely to stay at home throughout the summer taking what are known as ‘Staycations’.
The industry has performed well over the past five years, with hot weather and rising disposable incomes contributing towards revenue.
Operators have capitalised on the demand for premium products, keeping profitability strong amid fluctuating input costs. One trend that has defined the industry especially in 2020, was fewer consumers travelling overseas due to the pandemic.