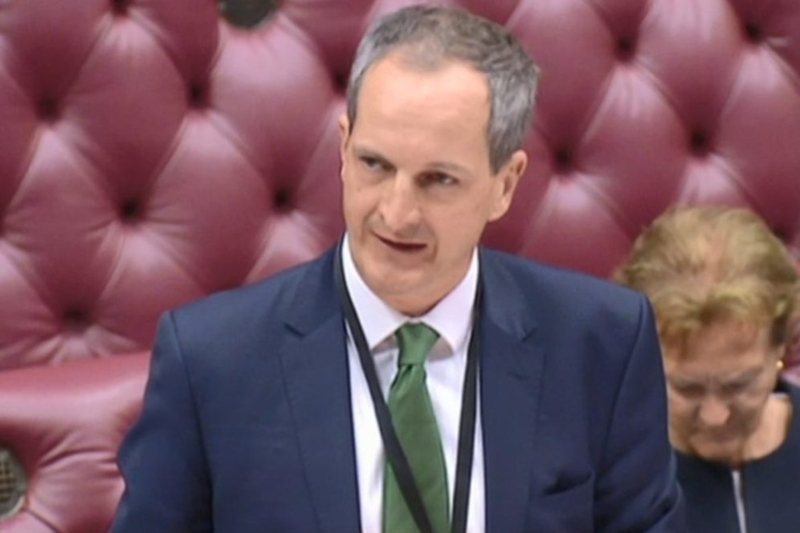 The UK could put all of its European neighbours on the travel red list, a health minister has warned

Tory frontbencher Lord Bethell raised the possibility of the ban being extended to the continent, including France Spain and Germany, as he accused them of ‘rejecting’ vaccinations. More than 50% of adults have now received the first dose of a Covid vaccine in the UK, compared to just 10% in the EU.

Lord Bethell said: ‘We are watching with enormous sadness the sight of our European neighbours rejecting the vaccine policy. ‘They are not embracing the opportunity that a vaccine provides for driving down infection rates and protecting their populations. ‘I don’t know how that will play out and it’s certainly above my pay grade to speculate. ‘But we are all aware that the possibility lies that we will have to red list all of our European neighbours.

‘But that would be done with huge regret because we are a trading nation, we do work in partnership with countries. We depend on other countries for essential supplies, not only medicines but food and others. ‘Although we could put in place a haulier programme that protected our trade routes, it would be an enormous diplomatic blow and one that we would do with huge regret.’

The statement from the health minister has caused outrage amongst ex-pats trying to survive in Spain, as their business operations face oblivion in 2021 and going to the wall.

” The pandemic is tough enough as it is, without these pathetic comments coming from health ministers in the UK – speculation kills trade, speculation sends businesses to the wall, all this disgraceful comment will do is stop people booking holidays for later down the line and have a knock-on effect to every British legal ex-pat trader residing here in Spain and other countries,” said Benidorm bar owner, Willie Johnson

” I see on the radio this morning Matt Hancock has come out in denial, and this statement was from a Lord frontbencher!

Health Secretary Matt Hancock played down the minister’s warning today, saying there were currently no plans to put all of Europe on the travel ‘red list’. Mr Hancock told LBC: ‘We don’t have any plans to do that. We do have this red list and the amber list, and at the moment that is working well, so we don’t have plans to do that.’

Although on the Costa del Sol, Mark Jennings isn’t reassured by Hancocks reassurance either as he told Global247news, ” I wouldn’t trust Hancock as far as I could throw him, he makes more U-turns than an Italian Army, but speculation is doing no good at all for business here in Spain, where we are dependent on travellers and holidaymakers”