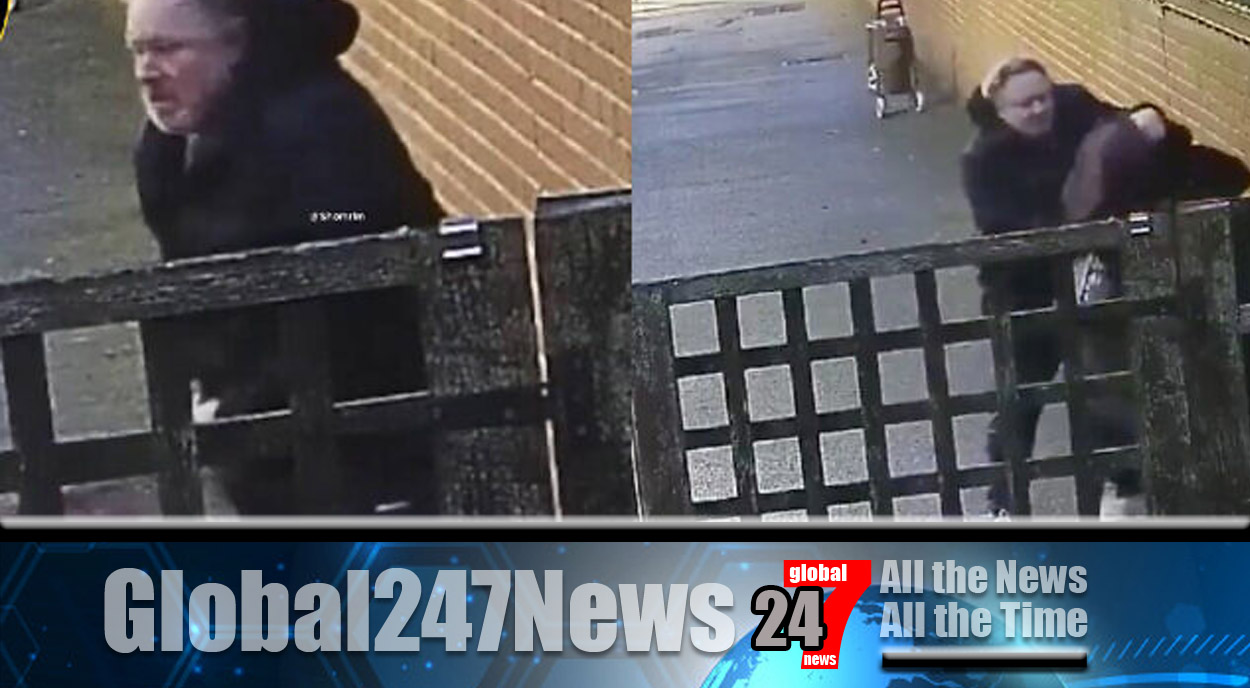 Police are hunting for a man who attacked a pregnant woman on a London street.

Police hunt for Londoner who attacked pregnant woman: He put a pillowcase over her head then punched her in the stomach. The incident happened in broad daylight. The 20-year-old victim is Jewish and 27 weeks pregnant. The incident occurred on 18th March on a street on Manor Road in Stoke Newington. The attack was caught was on CCTV and shows the man following the victim.

He then runs towards her, covers her head with a black cloth and repeatedly punches her in the stomach. Footage then shows the assailant fleeing the scene. Jewish neighbourhood watch organisation Shomrim, who shared the footage on Twitter, said “Appeal to identify an extremely dangerous fugitive who is still on the loose after CCTV captures a male viciously attacking a young pregnant woman in Stamford Hill in an unprovoked attack.”

Reports said the woman was taken to hospital with minor injuries and her unborn baby was fine. Metropolitan police said in a statement that they are continuing with their inquiries and no arrest has yet been made.

In another incident on Thursday, a pregnant woman was punched, choked and bitten by a man in Nottingham. A suspect in that incident has been arrested and charged with bodily harm and criminal damage.