Mar 21, 2021 Holidays To Spain will NOT take take place this year as Expat business owners face 'Wipe Out', spain news 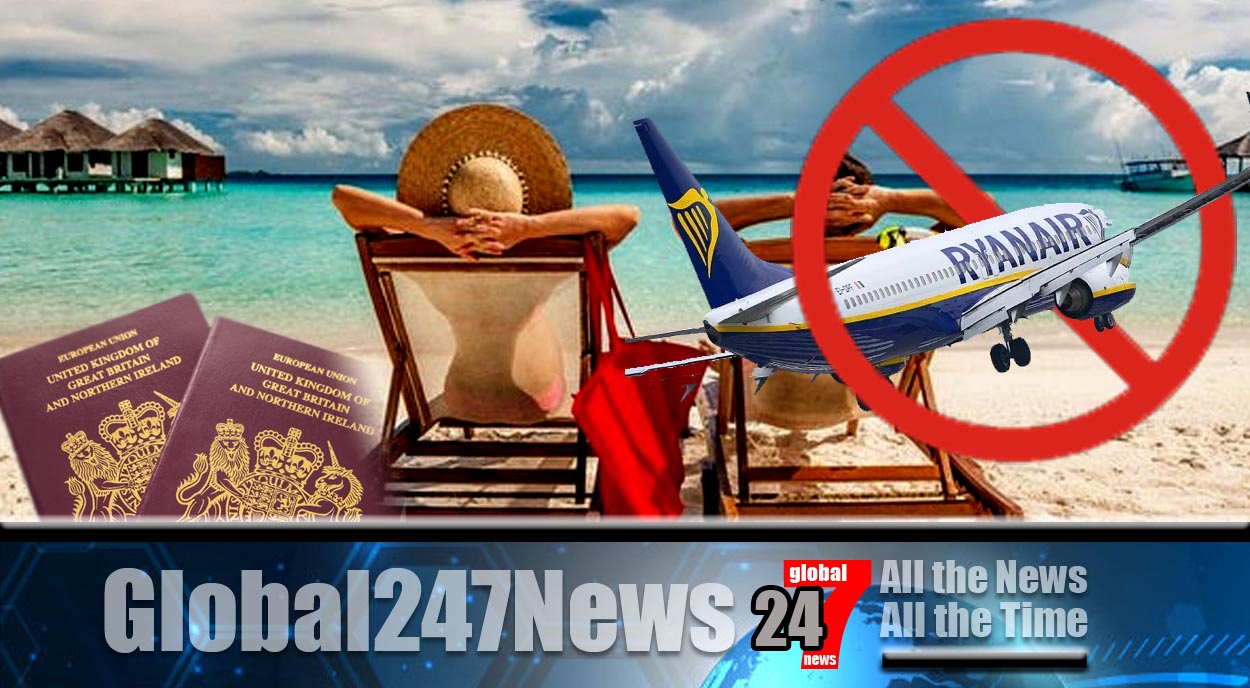 Holidays To Spain will NOT take take place this year as Expat business owners face ‘Wipe Out’: Holidays are unlikely to take place for the average holidaymakers seeking European holidays, experts are now predicting as the season approaches.

Although it’s not just experts in the medical world, with a knowledge of the Coronavirus, it’s also City bankers too.

The first reason summer holidays to the likes of Spain are unlikely to take place, was revealed this week by expert Dr Mike Tildsley who also advises Whitehall.

He’s advised Boris Johnson and his cabinet, not to allow European summer holidays this year under no circumstances, according to sources from within Whitehall.

He said: ” I think that international travel this summer is, for the average holidaymaker, sadly unlikely” on Radio 4.

Dr Rupert Hayman, who has just returned to the Costa del Sol in Spain, after assisting with private Covid-19 patients in France, agrees with the government’s advisor Dr Tidsley, as well as calling for all the holiday hype to finish.

The medical expert Hayman told it bluntly as he said: ” I feel that everybody needs to face the facts that Spain will not see holidaymakers from the UK this year, at the same time the media and airlines and holiday companies need to cease promoting as they are, that holidays are likely to go-ahead

” The first stumbling block is the correct advice being given to the British government – Spain will not have the over 50’s all vaccinated by July, maybe longer, the vaccine roll-out plan in Spain is takin far too long, Britain can not at any cost risk further infection bein returned to its shores, that’s exactly what’s been advised to the government to which they are in agreement with,” he said

Although the Dr added: ” At the same time, personally, I feel the government should be more honest and upfront with the British people, whilst I feel they are drip-feeding them gently- they should simply tell the reality to avoid disappointments

“Whilst I don’t wish to delve into politics, no doubt they have their agendas, but I can assure you, Britain will take no risk of another wave of infections, have heavily been advised not to do so and they certainly are not going to allow travel to Europe in general where infection rates are on the rise again, I myself have just returned from Paris, where France is back in full lockdown”

City banker and property tycoon, Michael Issac, agrees with the medical experts, himself with a large portfolio of hotels and bars across the Spanish coast, although he highlights other factors to why he claims British holidaymakers will not be returning to Spain this year, he told Global247news from his Marbella base this morning

“By Christ, firstly I wish I could disagree with the medical boys you’ve mentioned, I have enough empty property at present and have lost so many tenants over the last 12 months as I have advised you before

“Whilst we all wish the British holidaymaker back and bloody quickly, in my opinion, it’s simply not going to happen is the reality and here’s why and this is why I have made several moves to protect my investment portfolio in Spain

” Think about it, Boris Johnson and his government have in front of them the largest National Debt in history, in the trillions, it would be financial suicide for the country if the British nation, was to see once again a rise in infections and a further lockdown, the government simply could not afford it

” Running the country is no different from running a large business, you have to balance the books whilst keeping your clients happy!

“Now as the head of your business, would you allow firstly to risk having to close it again and losing more billions of pounds daily, for the sake of allowing your clients to travel away from your business? – of course, not is the answer

” At the same time though, you wish to re-establish business to assist in reducing your national deficit, which in turn means keeping your clients close to your business and allowing them to spend their disposable income with your business, that’s exactly how this Tory government will play it, It’s ironic my UK hotels are fully booked for summer.

” That’s before we even enter the arena of politics, allowing a further lockdown after getting it under control would play into the hands of the opposition and risk losing government at the next election.

” Brexit, look at the farce over vaccines, many like I believe that’s political and there too are many factors still remaining unsolved between UK & EU

” I agree with the medical gentleman’s comments, regarding the hype it needs to stop, including you the media, you change stories daily, take here in Spain, the British Expat publications daily report on the holiday situation, mostly hyping it up and trying to throw a positive spin on it, why? their main advertisers who provide the income, rely on tourism. They aren’t thinking about their readers, they aren’t thinking about the business owners left, who are British and on the Costa Blanca & the Costa del Sol – they are thinking about survival themselves and their own finances trying to save their businesses” Michael added.

He further went on: ” British businesses can survive by being exceptionally frugal and prudent in Spain, but please don’t follow the hype presented and think of the facts in front of you, If by a miracle the tourist’s flood in, take it as a bonus – although sadly it’s not I’m my opinion going to be the case” he finished.

“It would be premature to do that. It’d be potentially risky, we are seeing growing variants,” he told the BBC. “We are not going to do anything that puts at risk this national effort on the pandemic. Let’s take it step by step.”

Government sources said No 10 was willing to sacrifice holidays abroad to protect domestic reopening. They claimed ministers were “increasingly skeptical” about travel restrictions ending in May, with even early summer holidays looking unlikely or any this year.

The sad thing for many ex-pats, the news will be devastating today as the ministers and experts issue their warning shots.

Thousands of British nationals across Spain’s tourism regions last hopes are a vibrant 2021, after a disastrous long trading period which looks unlikely to take place now.

Those business owners still standing say they have had no financial relief from the Spanish government and have been investing their life savings and taking loans out on property with banks, to fund their businesses in the hope of a buoyant 2021

This was explained by Fuengirola bar owner, Nigel Travers, who explained: ” For those left in this area who have hung in there, this latest news is a disaster, we all know each other around here, so many have said they have had to invest everything  to stay open and in business, some have even put their Villa’s and apartments up as collateral – not just bars either, all types of businesses – to be perfectly honest – no tourists this year and it will be ‘wipe out’ for most British owned operations I’m sad to say”