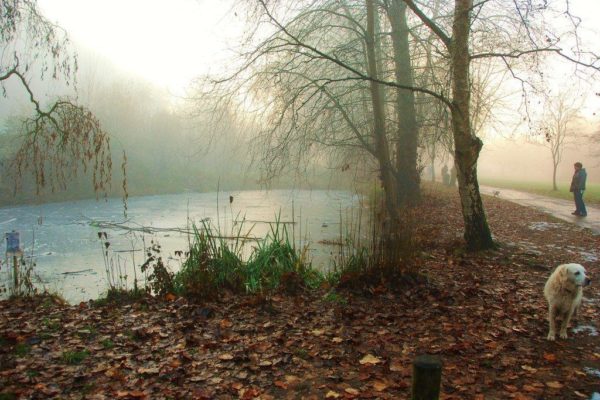 A massive explosion noise heard in Yeovil as residents ducked and dogs off lead scarpered.

Massive Explosion Sound Sees People Duck In Yeovil As Dogs Scarper At Beauty Spot: An unexplained explosion type noise ripped through the air in Yeovil this afternoon that saw residents duck and the ground rumble with some thinking an earthquake had struck, although many feel it was a sonic boom, although the military has yet to confirm.

At around 2.45, the massive explosion sound ripped through the town, that saw walkers duck in the town’s beauty spot, Nine springs, whilst dogs off the lead, scarpered, with several owners still searching for their pets.

The explosion could be heard far and wide across Somerset and Dorset, with reports coming in from as far away as Portland on the Dorset coast.

As the huge explosive bang went off, residents taking their exercise at the beauty spot ducked for cover, bewildered to what was going on.

Hundreds of posts from people far and wide shortly appeared on Social media reporting hearing the sound as reporting how the ‘earth moved’ for them, some fearing it was an earthquake.

A Ninesprings park ranger said: “At 2.45 there was a huge bang, walkers here ducked for cover, it was that loud, at present, we have between 3-5 missing dogs, that we are searching for, who ran when the explosion went off.

Christopher Catton, an aviation enthusiast though is claiming it was a sonic boom from a newly designed secret warplane, he said: ” If people haven’t noticed we have a loud military jet over the town the last 2/3 days, although I haven’t heard it today – my guess it was that”

Until yet at the time of press, there are no reports of any incidents in the region or reports from the military.

What did you hear and where? – contact the newsdesk at admin@global247news.com