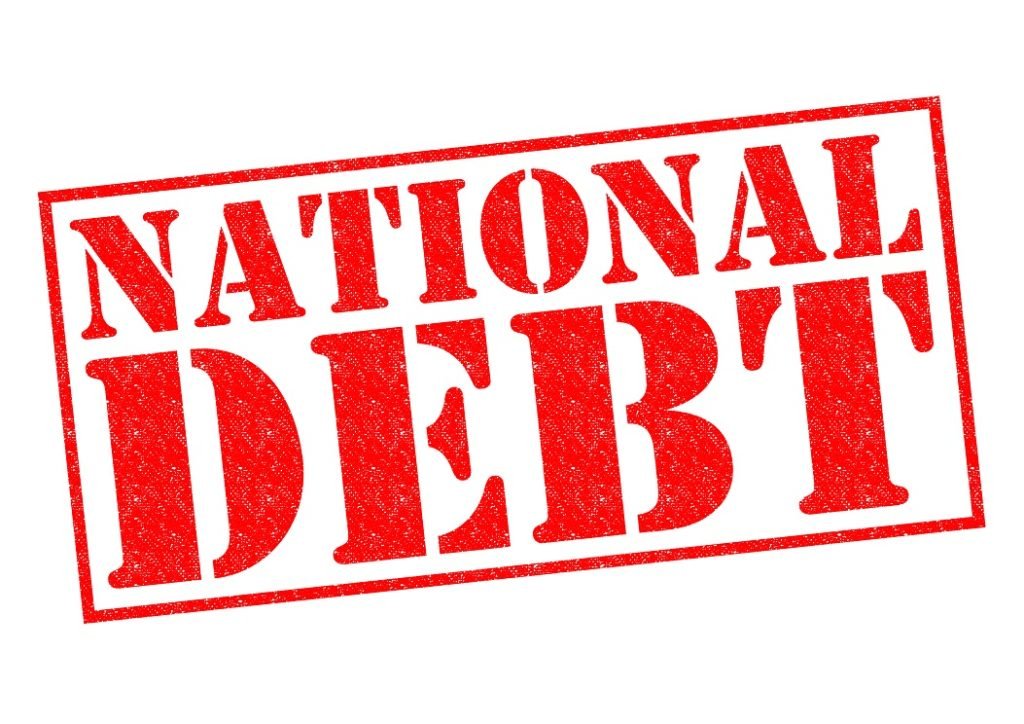 The national debt in the UK has soared to a staggering £2.1 trillion

The amount borrowed hitting a record high last month in the United Kingdom.

Government borrowing hit £19.1 billion in February alone – the highest amount than during any other February since 1993.

While borrowing has shot up, income from taxes has dwindled as the pandemic continues to hit jobs and incomes.

It means that net debt has risen by £333 billion since last April when the Covid-19 lockdowns began, bringing the total to £2.131 trillion.

And those figures don’t include the £27.2 billion pounds of Covid loan write-offs which the Office for Budget Responsibility (OBR) estimates will need to be made.

ONS finance statistician Fraser Munro said: ‘The recent large increase in borrowing has led to a sharp rise in the debt. The UK’s debt currently stands 97.5% of gross domestic product (GDP) – maintaining a level not seen since the early 1960s and almost the size of the UK economy in a 12-month period.’