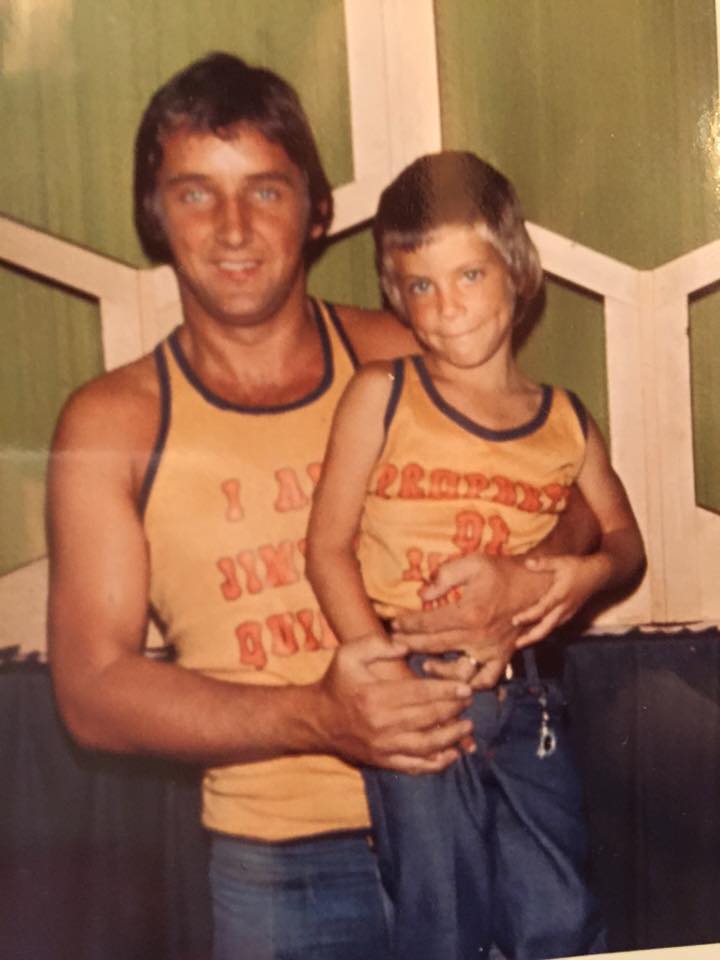 As the legend, Jimmy Quinn was laid to rest yesterday in Yeovil, Somerset, England, fans and friends gathered on the Spanish holiday island to pay their respects.

Jimmy, after leaving the Royal Navy, had lived for many years with his family in Tenerife, owning and running the Eastenders bar and comedy club.

Barry Watkins, who fronted and organised the event, says that whilst at moments in was was very sombre at the early stages, it true Jimmy Quinn style it didn’t remain like that for very long.

Watkins said: ” We were very lucky really, unlike the UK at present we are allowed the bars and restaurants open during the day

” There were about 60 people in yesterday, the most the bar has seen for a long time, all to pay their respects and remember the life of our funny friend Jimmy.

” Whilst we had the video code for the actual service, which was beautiful – we were fortunate to have a friend to stream back to the bar on social media his last tour around the town, led by the single piper, it was that time, the tears were flowing in the bar and big men were hiding tears and taking big gulps.

“What set many off, including me, was seeing the sadness in Natalie’s face as she followed her wonderful father behind the hearse, she hasn’t changed since her time here, everyone commented how she still is as radiant as ever

“She and the rest of the family did Jimmy so proud – it truly was in a sad way, a spectacle ad you just couldn’t help looking at the procession looking at the hearse with a smile on your face, simply as Rodger Smith said here, you can just imagine him cracking jokes in that box on his final ride”

Miquel Lopez, one of Jimmy’s Spanish fans, told how it was the first time he had seen a British funeral apart from that of Princess Diana on the TV,

” Wow, that was something with that piper, I still recall the bagpipes being played here in Spain on Burn’s night – we don’t hold funerals like that here, in Spain a funeral is very bland, a quick affair around the grave with a prayer and the wake after which goes on the rest of the day, but that was something else yesterday, many of us found it fascinating whilst sad, but also funny, it was a roller coaster of emotions, one minute you were feeling sad and then somebody would say something about Jimmy and everyone would start laughing

” His Prince Andrew jokes were the funniest ever, especially the one where Prince Andrew gets on the phone on the ship to find out what the noise was all about – yesterday when it was all quiet, Tim shouted out where’s Prince Andrew then? – everyone was crying with laughter when he called that out!

Brian Blatch, who remembers the Quinn family well, after retiring to the Island himself after 25 years in the Fleet Air Arm, told Global247news, ” He had so many friends here, they are a lovely family too, it was great to see so many people both British & Spanish coming out yesterday to pay their respects, his legacy on this island will go on for generations yet, I’m sure, I thought there would be around 20 to 30 people here but there had to be at least 60, story after the story went around the bar yesterday bringing much joy and laughter – we were laughing at what has been written on the internet since his passing, the story young Natalie tells of him leaving the suitcases behind and having to have them flown and delivered to Gib was hilarious, but that was the great man all over, nothing ever phased him.”

The last word was saved for Maria Gomez, aged now 84, who claims she was his biggest Spanish number one fan, she said:

” A lot of the time I could not understand what Jimmy was saying, he spoke too fast, I always used to tell him, ‘slow down Jim’ but he never and say to me ‘sorry Maria I forgot again’ – that went on for many years

“But the beautiful thing about Jimmy was you didn’t need to understand, his massive smile and facial expression made you laugh anyway, he was such a lovely man to me and many others – he will be sadly missed, Spain will always remember Jimmy