Jimmy Quinn: Piper Will Lead Him To Rest In Yeovil As The Spanish Prepare A ‘Jimmy Fiesta’

Mar 17, 2021 Jimmy Quinn: Piper Will Lead Him To Rest In Yeovil As The Spanish Prepare A 'Jimmy Fiesta' 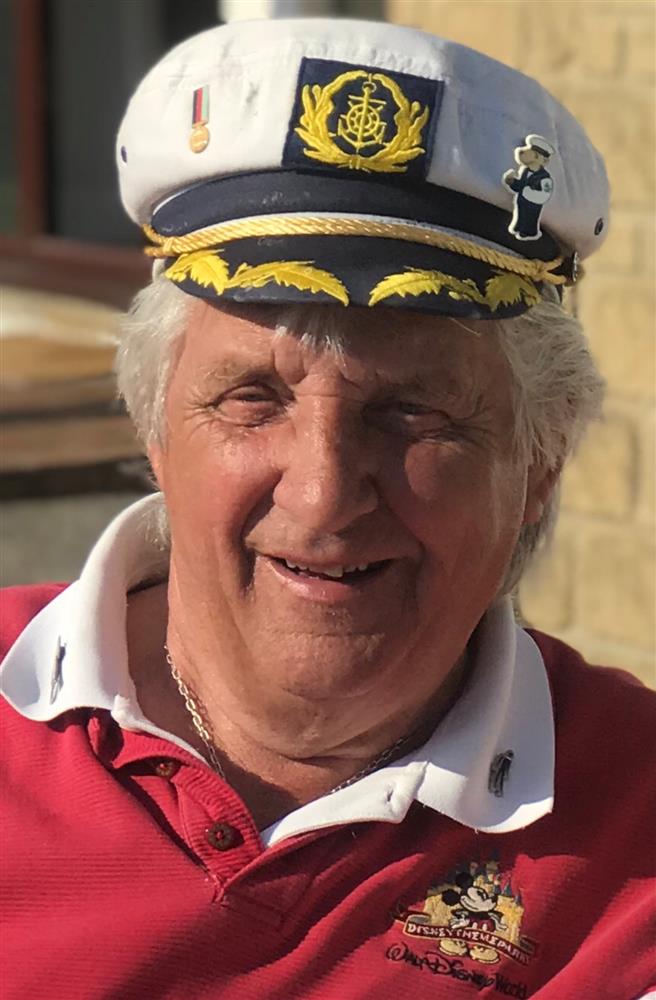 Legend Jimmy Quinn will tomorrow be led by a single piper as he is taken to Yeovil crematorium after recently passing away.

Quinn, a former Falklands hero, serving on HMS Invincible whilst in his Royal Navy days became a comedy legend after serving in the armed forces, both in Tenerife and the Somerset town Yeovil.

Large crowds are expected to turn out on the streets of Yeovil tomorrow to pay their last respects to the man who always had a joke and a beaming smile.

Sadly Jimmy, who run the Eastenders comedy bar in Tenerife for many years succumbed eventually to Alzheimer’s disease after a brave battle.

Residents in Tenerife, both British ex-pats and Spanish nationals, will be paying their own last respects to the man they fondly remember.

Barry Watkins, a resident on the Spanish Island for more than 30 years told Global247news of what’s to take place tomorrow,

Barry said: ” Tomorrow we will raise a glass to Jimmy as we understand he’s led by a single piper to rest, he would have loved that, It’s such a shame that we can’t attend due to the Covid regulations, as we would have all flown over

” We are all getting together here, to raise a glass and remember all the laughs he gave everyone on a daily basis, the man was a total legend and will always be remembered on the Island

” Whilst there will of course be tears tomorrow, we are going to try and have a laugh and some banter in true Jimmy style, that’s what we believe he would have wanted” summed up Barry.

Although it appears Jimmy didn’t just strike the hearts of the ex-pat community, he’s fondly remembered by the Spanish too tells Miquel Lopez, who says: ” Us Spanish remember Jimmy very fondly, he was the funniest Britishman ever, he had so many jokes it was incredible and we loved his sense of humour, we also loved his sea fearing tales every time a ship went past

” The plan tomorrow is that we will gather at the bar and watch his service online as we have been given a password from a contact in England, we would have loved to fly over but restrictions her at present have prevented that, but we will see him off in full Spanish style, but I’m sure the people of Yeovil will send him out in style, the way he would have wished

According to Jimmy’s beloved daughter Natalie on her social media page, the plan in England is as follows as she said:

“Well, tomorrow we lay this incredible man to rest… Free now of that awful disease (Alzheimer’s and vascular dementia).
We miss you terribly but hope you are living your best life up there
“We will be leaving The Bell Preston road at 1230….leaving Westminster Abbey Manor at 1240 The cleve just after then arriving at Yeovil Town FC
“At 12:50 then arriving at the Airfield Tavern for just before one…we will walk the last leg on foot following a lone piper.
“Anyone wishing to pay their last respects… We’ve been asked by the Crematorium that nobody can pass the main gates or enter the car park”
As the Spanish contingent of the ‘Jimmy fan club’ can’t attend – Maria Gomez, describes what the plans are in Tenerife, she said:
” I have been printing off pictures of Jimmy all week, they will be placed tonight all around the bar, where we will light candles, then tomorrow we shall hopefully watch the screening of the service and give Jimmy a Spanish style send-off with lots of Paella and red wine and of course a ‘ Jock’s fizz’ that Miquel has prepared
” We are going to make it a small fiesta that we hope Jimmy would have embraced,” she said.
Finally, the Quinn family have set up a fundraising page that reads:

“Thanks for taking the time to visit my JustGiving page.

Donating through JustGiving is simple, fast and totally secure. Your details are safe with JustGiving – they’ll never sell them on or send unwanted emails. Once you donate, they’ll send your money directly to the charity. So it’s the most efficient way to donate – saving time and cutting costs for the charity.

I know many of you sponsored me when I raised money for Dementia UK last November… Alzheimer’s is under the umbrella of many different dementias… I am so passionate about finding a cure and research into why it happens. More funding needs to be pushed into these charities as it is such a big killer.

We lost our fabulous dad and husband on February  23rd. He touched so many people’s life’s here and anywhere he travelled…

He will be so missed but he will never ever be forgotten.

We all love you

The link for the donations page can be found here