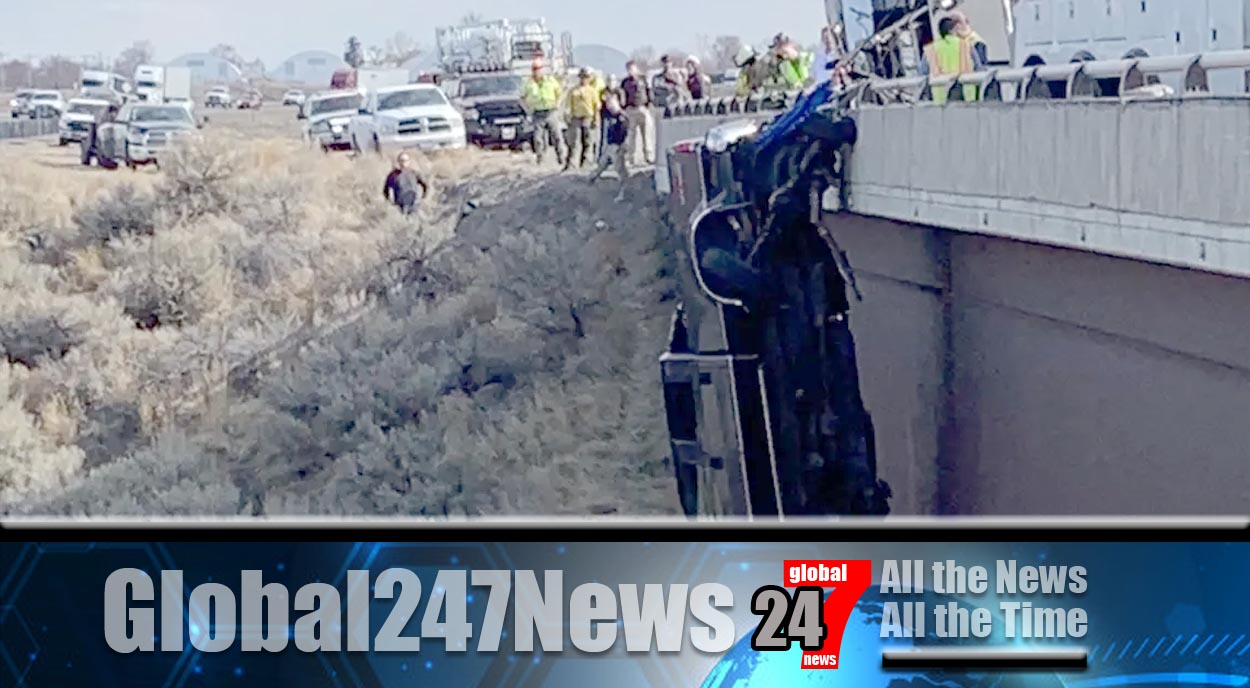 After their truck plunged off a bridge a couple were rescued by emergency crews.

Idaho Couple rescued from truck hanging over 250ft drop: They were left dangling over a 250ft gorge with their two pet dogs. Idaho State Police (ISP) confirmed on Monday night that police were called to an incident on a bridge over the Malad Gorge. The accident happened at 2pm that afternoon. And left the couple and dogs trapped in the truck.

According to local reports the bridge’s height is the same as a ten-storey building. The vehicle avoided plunging 250ft by safety chains attached to the back. These were being used to tow a 30ft camper behind the pick-up truck. The first state trooper on the scene called for emergency services. He then attached another set of chains to stabilise the vehicle with help from a sheriff’s deputy.

After being rescued the couple were taken to hospital. But did not have life-threatening injuries. ISP spokeswoman Lynn Hightower spoke to local news reporters. Praising the emergency services and said “It was definitely a heroic rescue from everybody that was out there, and thankfully, they’re all fine.” She added “A rescue like this takes a lot of quick thinking and action but this is what they train for.

That training just paid off today, and two people are alive because of the hours and hours of training that these emergency responders do.” Witnesses said the truck appeared to lose control before hitting barriers on both sides of the bridge. It then toppled over the side where it was left hanging. Ms Hightower confirmed that the incident is still under investigation.