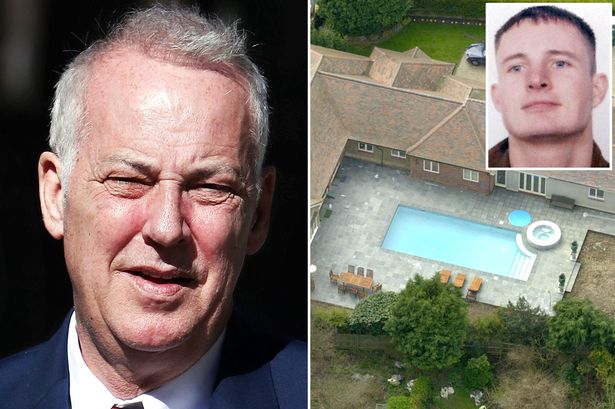 Detectives investigating the indecent assault and murder of Stuart Lubbock at the home of entertainer Michael Barrymore in 2001 have made an arrest.

Essex Police said a 50-year-old man was arrested in Cheshire in connection with the 31-year-old’s death.

Dad-of-two Mr Lubbock was found dead in an outdoor swimming pool at Barrymore’s £2million mansion in Roydon, Essex, on March 31, 2001, after being seriously sexually assaulted.

Barrymore, now 68 and born Michael Parker, was arrested on suspicion of serious sexual assault and murder in June 2007. He was told in September that year he would not face charges.

In September 2002, an inquest found that Mr Lubbock had cocaine and ecstasy in his system, and had drunk the equivalent of nine pints of beer the night he died.

Then 49, Barrymore and then-lover Kenney had spent the evening at the Millennium nightclub in Harlow before inviting locals back to the mansion in the early hours of March 31, 2001.

The Strike It Lucky host left the house after Mr Lubbock was found, and he later told a September 2002 inquest that he “felt sick” and “panicked and ran off” after seeing the body.

Police said on Wednesday: “Detectives have today, Wednesday 17 March, arrested a 50-year-old man in connection with the indecent assault and murder of Stuart Lubbock.

“The man, who was arrested in Cheshire, remains in custody where he continues to be questioned.

“Stuart was found unconscious in the swimming pool of a property in Roydon on March 31 2001.

“Despite attempts to save him he later died in hospital.

“The 31-year-old had been attending a party at the house with eight other people.