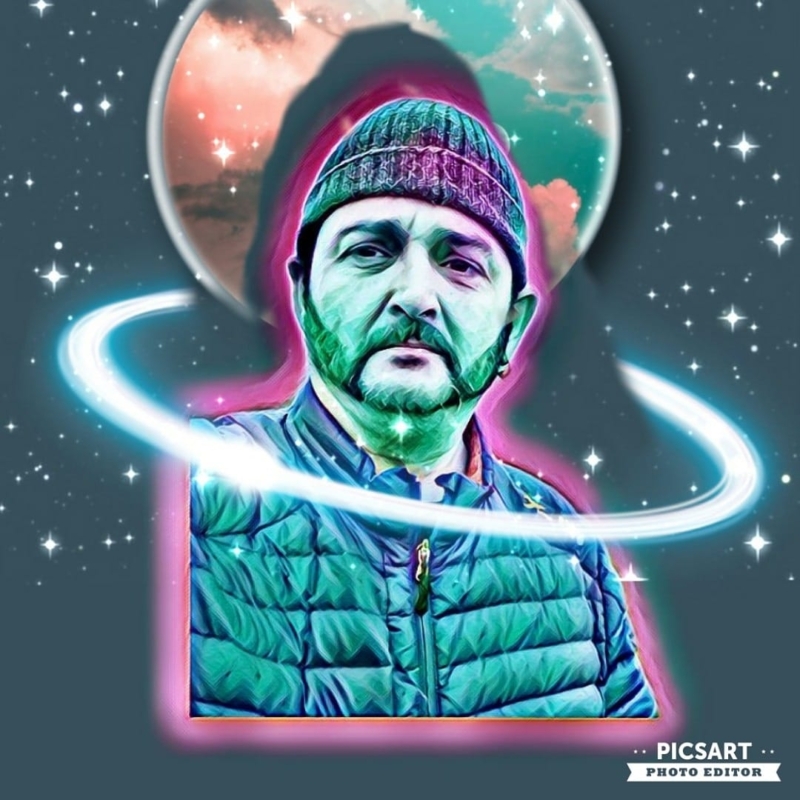 Sid Sidoli has become a global sensation on the world wide web since sharing his experiences of an alien encounter 20 years ago at his bedroom window in South Wales.

With thousands and thousands of fans now flocking to watch his explanations, that has seen his website rankings boosted and his fan club membership go through the roof over the last few days, from viewers across the globe, David Sidoli is commonly known to his sci fi  fans as ‘ Sid’ and claims to have encountered aliens many times of the years whilst befriending ‘Grays’

Yesterday Global247news reported how ‘ Sid’ had seen his Facebook friends count boost from 98 to the maximum of 5,000 forcing him to have to create a fans page, which has seen numbers further rocket quicker than a fly saucer through space.

Thousands of fans awoke early to watch the revelation, although ‘Sid’ had technical issues, which prompted hundreds of Covid flouters to jump in their cars and try and find ‘Sid’ to both assist him with the video and be the first to get the exclusive revelations.

South Wales Police it’s reported had to deploy extra traffic cops to the roads in an attempt to turn away fans heading to the Rhondda valley during the lockdown, as well as setting up roadblocks between Talbot Green and the Valleys.

Although it turned out the media had reported the wrong location, as ‘Sid’ actually resides near Caerphilly in the Rhymney Valley, sending fans to the wrong destination.

Meanwhile whilst ‘Sid’ was having technical difficulties ‘loading his video’ fans across the world waited with bated breath.

Professor Swartz from Miami told of how many Americans were tuning in especially for the presentation: he said: ” We are fascinated by David’s findings and revelations, these ‘Grays’ haven’t been reported before and we are making a full dossier on them from David’s findings, he clearly has had an alien experience unlike any other.

” He’s becoming the talk of the States, he fascinating to listen to and watch,” he said.

Several hours later, ‘Sid’ eventually launched his video that explained how the Universe was created leaving fans in awe of his vast knowledge, with thousands across the globe tuning in to watch the video.

The internet star Sidoli, went into great detail leaving fans and scientists glued to the screen, whilst it’s also reported filmmakers are battling for the rights in both the USA & Europe to the script.

Sidoli went into great detail giving a fascinating insight into how the Universe was created.

Sci-Fi scientists across the world are now reportedly taking a full study on the revelations whilst Dr Winscopp in Milwaukee said: ” This guy clearly has links with the alien world and it’s fascinating listening to him whilst assisting us with our studies.

A source from the Sunset Beach hotel in Spain’s Benalmadena told how they have had the likes of mediums such as Welsh sensation Karen Wilson present shows that have packed out, but feel Sidoli could fill the massive ‘ Moonlight Bar’ at he hotel resort.

” He would sell out within hours, and what a stage for him to explain his encounters in the aptly named ‘Moonlight bar” – we need to get him here after the Covid restrictions are lifted – the guy’s pure magic,” he said.

” A Q&A with ‘Sid’ would be a massive show, so many people have so many questions for him, you can tell that as he can’t keep up on the Internet” he stated.

Close aides of ‘Sid’s though have revealed that before heading to Spain & the USA, shy and reserved David ‘Sid’ Sidoli is more likely to start in local theatres,

Somerset fan, Willie Michaels, from Yeovil Somerset, wants the alien sensation to appear at the Octogan Theatre as he explained how he feels that Yeovil is the perfect destination, with it’s links to the alien world.

The Somerset alien enthusiast said: ” Yeovil would be the perfect starting point with all our alien history, we have the spiritual home of Glastonbury up the road as well as Stonehenge, where there have been many alien sightings, we have Ham Hill too where locals claim to have seen UFO sightings.

“You only have to look around the town to see the people and the obvious alien links – are they possibly relations to ‘Grays’?

“That would be my first question to Sid – I hope he comes out of those Welsh Valleys and gives us his insight here in Somerset,” he said.

Meanwhile, at the time of press, today’s broadcast is unknown from the alien expert from South Wales.