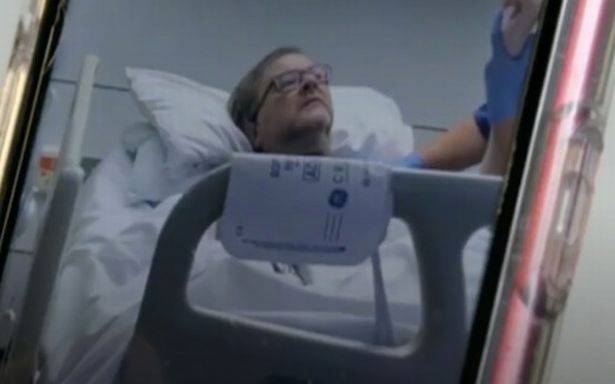 Kate Garraway has shared the first picture of her husband Derek Draper since he was admitted to the hospital in March 2020.

At the time, the 53-year-old showed symptoms of coronavirus and was put into an induced coma.

He woke up for the first time in October last year to tell doctors he was in pain, but he’s since been in a PDOC coma (Prolonged Disorder of Consciousness), which means he is generally unresponsive.

Now, in the first trailer for 53-year-old Kate’s new ITV documentary, titled Finding Derek, the Good Morning Britain star can be seen explaining: “Derek is the sickest person the team of doctors have treated this year.”

The screen then shows a photo on Kate’s phone of Derek lying in a hospital bed with his glasses on.

Fading to black, a note reads: “One year later, Derek is still in hospital”.

Kate is then seen once more as she asks: “Is he going to be able to come back or will he be alive but no longer the person he was?”