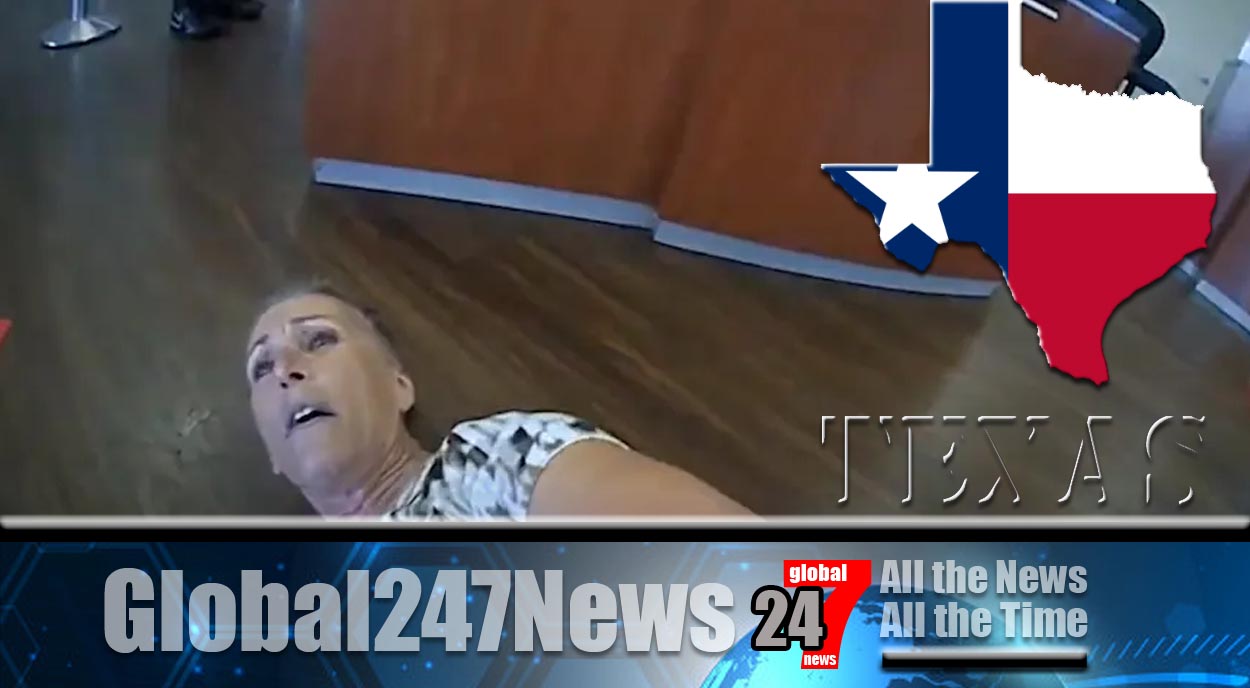 Footage from a police officer’s body cam shows a woman being arrested for not wearing a face mask.

Texas woman arrested for no face mask claims ‘police brutality’: The incident, in Galveston, Texas, saw her arrested.  After repeatedly refusing to put on a mask in a bank. Consequently, The woman was charged with resisting arrest at the Bank of America on Central City Boulevard in Galveston. Occurring on Thursday afternoon according to reports. later, Identified in the report as Terry Lynn Wright she continually refused requests by bank staff to wear a mask.

On arrival police told her to put a mask on or leave the bank. In the video Wright is heard saying. “The law says I don’t have to wear a mask.” Earlier, On 2nd March the Governor of Texas, Greg Abbott, lifted the mandate requiring masks to be worn. However it was stated that businesses could still enforce the law for staff and customers.

Currently, On the Bank of America website it says that customers must be prepared to wear face masks in their branches. Additionally, a spokesperson for Bank of America said. “We remain focused on supporting the health and safety needs of our employees, clients, and communities.

And, this includes ensuring our practices and policies are aligned with the most up-to-date guidance from medical professionals and public health experts. Also, The Centers for Disease Control and Prevention (CDC) and other medical experts continue to reinforce the importance of using face coverings. And practicing physical distancing in all public spaces. In accordance with that ongoing guidance.: We continue to require everyone who enters our financial centers wear a face covering.”

Later, when police tried to arrest her she refused to be handcuffed. Subsequently, The officer had to force her to the ground to cuff her. She complained that her foot was injured. And an ambulance was called. After being treated for “minor injuries” in hospital she was released. According to reports a warrant was issued on Friday for her arrest.