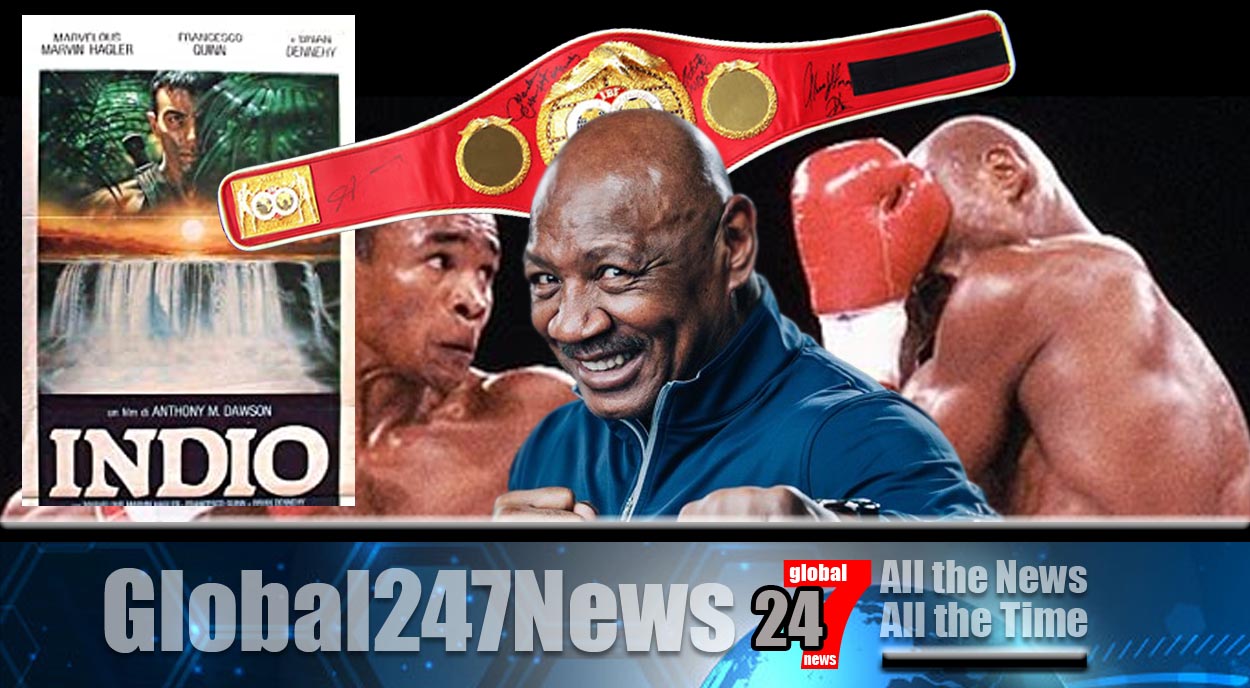 ‘Marvellous’ Marvin Hagler has passed away at the age of 66.

Boxing legend Marvin Hagler dies aged 66: The middleweight world champion was from New Jersey. He was undisputed king from 1979 until 1987. When he lost a controversial fight against Sugar Ray Leonard. Winning his fights, he became much loved by many adoring fans. And hailed as one of the greatest boxers of our time.

He was a technical marvel in the ring, with a brooding stance and hard chin. At the height of his career he made 12 title defenses, developing a base of fans that truly loved him. As his career in boxing finished he moved to spaghetti western movies. Starring in ‘Indio’ and ‘Indio 2’ and several action films. In 1993 he was inducted into the boxing hall of fame.

Frank Warren, British promoter, said boxing had lost an all time great, saying he was. “deeply saddened and shocked.” To hear of Hagler’s passing.

Eddie Hearn announced that a ten-bell tribute would be paid to him. At the rematch between Juan Francisco Estrada and Roman ‘Chocolatito’ Gonzalez II from Dallas.

Barry McGuigan, former world featherweight champion, said “I am honoured to have spent some amazing times with him. My heartfelt sympathies to his wife Kay and his family. Rest in Peace Champ.” In an announcement on Saturday night Hagler’s wife, Kay, said “I am sorry to make a very sad announcement.

Today unfortunately my beloved husband Marvelous Marvin passed away unexpectedly at his home here in New Hampshire. Our family requests that you respect our privacy during this difficult time.” Reports say that Hagler had been admitted to hospital with chest pains and trouble breathing.