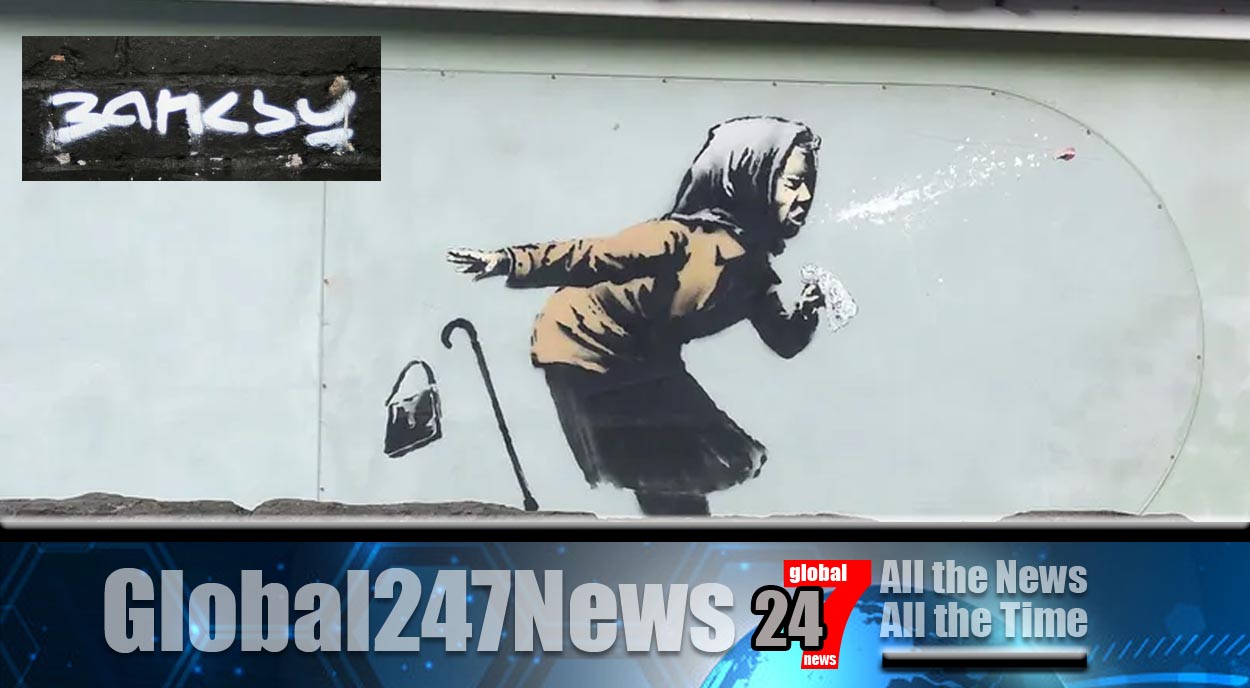 A banksy artwork on the side of a house in Bristol was removed yesterday.

Banksy artwork removed from house in Bristol: The work, titled “Aachoo”, shows a woman in a scarf sneezing and her dentures coming out. It was removed using a crane. The Bristol Post reported back in December that the artwork had appeared. The house was in the middle of being sold at the time. On 10th December Banksy took to Instagram to claim the work of art was down to him. It is not yet clear if the work has been removed so it can be sold.

Some of the elusive artists work has sold for incredible amounts of money.

Banksy’s artwork Space Girl and Bird, created in 2000, was part of a series of designs. Commissioned by the British band Blur for the cover of their “Think Tank” album.

It is depicting a girl dressed in a Parka jacket and a deep-sea diving helmet. Gazing down at the yellow bird standing on her hand, with a dripping pink heart floating above them.

This stencil painting by Banksy, made on steel using the airbrush technique, was auctioned on April 25, 2007. At the Bonhams auction house from London. It was sold to a telephone bidder from the US for the surprising price of $479,926. Skyrocketing from its highest estimated value of $30,000.