Mar 10, 2021 Emotions Of British Bar Owners In Spain Running High As Some Drink Themselves To Death, spain news 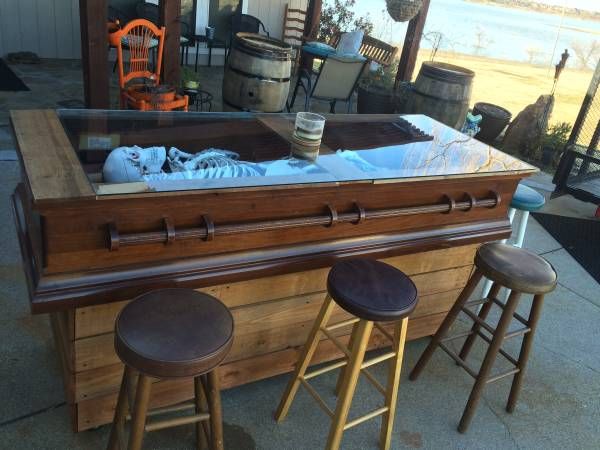 Emotions Of British Bar Owners In Spain Running High As Some Drink Themselves To Death: Being a British bar owner in Spain right now is not for the faint-hearted at the best of times but since the start of the Coronavirus pandemic bar owners emotions have never run so high – that’s those who have actually survived so far.

With thousands of bars in Spain failing and going belly up due to the restrictions placed upon them, it has seen probably the worst period ever for British bar owners in Spain in history.

No customers, no grants for closing, heavy restrictions, fighting for survival has been really tough for those who are still actually standing and not closed up and ‘legged it’ home.

Whilst it’s been a roller coaster of a ride so far, emotions now of British bar owners are at the highest ever, having sunk thousands of pounds into normally flourishing businesses, just to stay afloat – when and how will the business return is making bar owners a complete nervous wreck says British bar owner on Spain’s Costa del Sol, Tony Maplin.

” How I’ve not had a heart attack, I really just do not know, my stress levels have been through the roof for over a year now.

” I bought the bar 2 years ago at going market price, took a good 8 months trade after spending a small fortune refurbishing to then be shut down due to the pandemic.

” That was stressful enough, although got some government aid for being closed, the biggest stress then was re-opening, heavy restrictions and no punters, sitting in a bar basically twiddling your thumbs and watching the news for hope, we got carved up really as by allowing us to open, they took away the aid.

” Then you are sat there, thinking do I sell? whilst you have to plunder your life savings into a bar taking little money to stay afloat and remain in business for the hope of punters one day returning, although then you look at the prices of bars crash and have to decide do you cut your losses before it gets probably worse? you can’t sleep, you can’t eat, the worry and stress is a nightmare on their own without the actual financial liability headache.

” In truth – you are stuck, you are in a position where you lose either way on either call, so you have to just ride it out and hope for the best, you watch pub owners at home, complaining about this and that, whilst the government supports them – you don’t get that here!

” Waiting to pick up or go bust, really is the only option, there’s no other way out but it wacks your health, I’ve suffered twice now with shingles but I know of three bar owners who have heart attacks and two have drunk themselves to death whilst another committed suicide” he sadly said.

He further went on: ” All we are left with is the news, we follow it by the minute, with varying reporting daily, holidaymakers are coming, next day holidaymakers aren’t coming, I swear the press just make it up for the headlines as they have nothing to advertise!

” Take this morning as an example, the headlines and breaking news is that Spain will allow vaccination passports according to some media – none of them though say Boris will allow the Brits to leave the country!  – talk about an emotional roller coaster!

” On top of that – the Spanish tourism minister only said she would ‘consider’ – We all know what the Spanish mean by consider, it should be called dither.

” Meanwhile we sink further into ill health and further debt, living on hope” he finished.

Private doctor, Rupert Hayman based on the Costa del Sol reveals his concerns about British bar owners health as he says:

” British bar owners are seriously struggling with both physical and mental health, with far too many taking to the bottle unfortunately

” I’m treating more and more for anxiety, stress and other health issues on a daily basis – sadly whilst I can try to relieve the pressures the only thing that will be the perfect medicine is the return of normality and the spending holidaymakers

“It’s certainly a hard time health-wise for British bar owners, my main advice though Is to stay off the booze it will only add to your issues”

As it stands in Spain, the reality is nobody knows exactly what is going to take place for the British bar owners who left the UK shores for a ‘better life in the sun’ – the question is how many will actually survive if tourism doesn’t return soon.