Farmer “swallowed” by sinkhole as he rides his quad bike

Mar 6, 2021 Farmer "swallowed" by sinkhole as he rides his quad bike 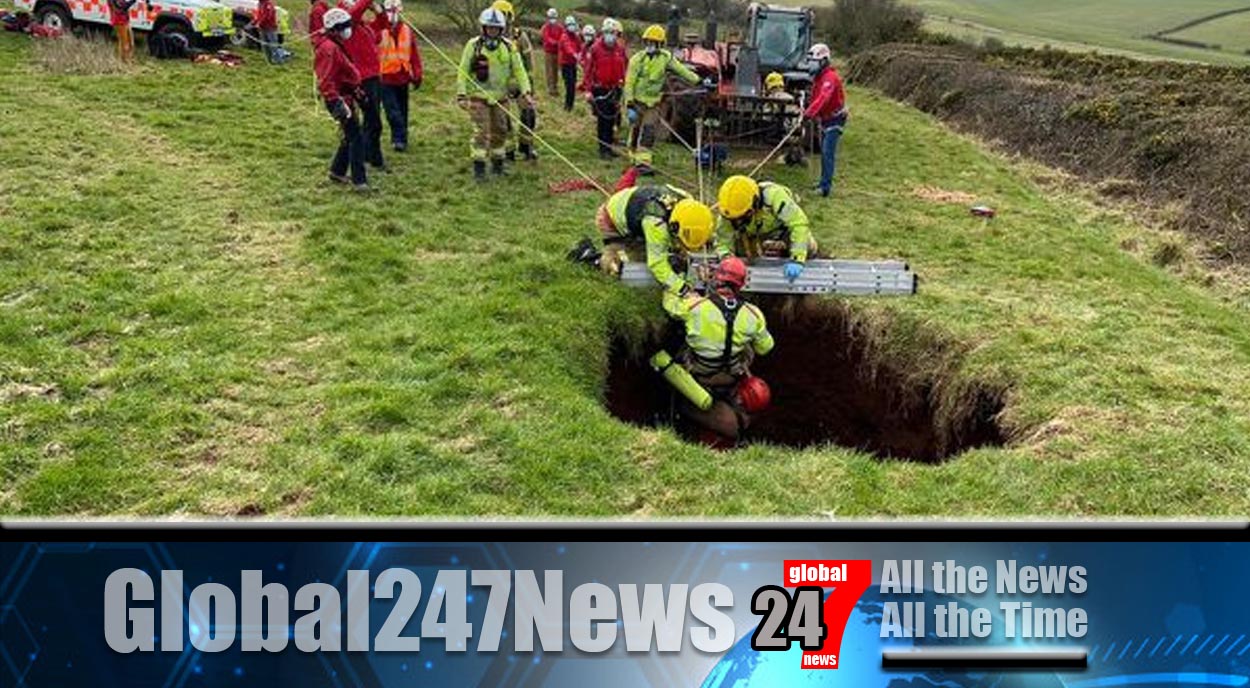 A farmer has been ‘swallowed up’ by a 60ft sinkhole while riding his quad bike in a field.

Farmer “swallowed” by sinkhole as he rides his quad bike: After a team rescued him from the 18 meter deep hole he was airlifted to hospital. The incident happened as the farmer was riding across a field at Bowesfield Farm in Stank, south Cumbria. In a statement from Cumbria Fire and Rescue Service Ian Westall said “The ground just fell away with the weight of the bike on that particular spot and he was swallowed up into the sinkhole.”

The unlucky man was still being treated for his injuries in hospital yesterday. Westall went on to say “We peered down and could see the farmer sat up, and we could just make out the outline of his bike under a mound of earth. I’m sure he was in deep shock. The opening was about 8ft (2m) wide at the top but below that opened up “like a wine carafe”, which posed additional risk to rescuers.

You’ve got a lip at the top which went down into a narrow throat, and then there was a large bulbous bottom which opened up 10m (33ft) in one direction and 4m (13ft) in the other. Obviously, with unstable ground and people on the surface unsighted, there was an inherent risk. We had to make sure the rescuers weren’t going to be involved in any further movement or collapse of the ground, so we widened the cordon area and had only those directly involved in the rescue at the scene.