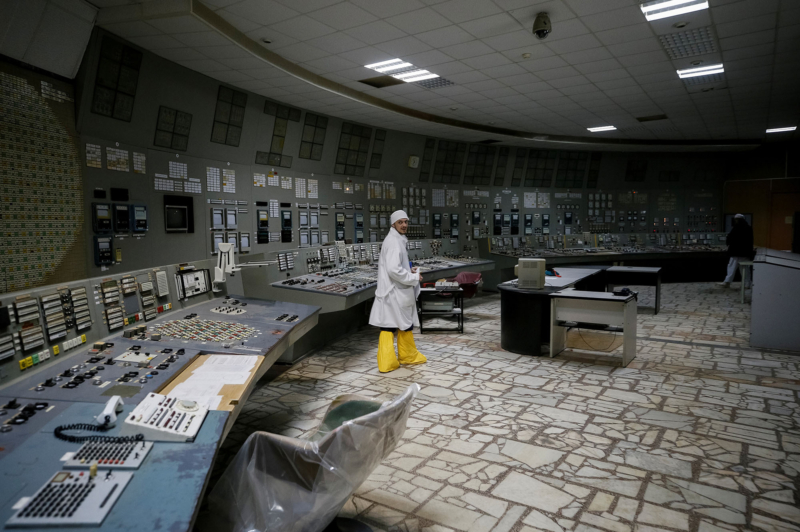 “I watched the Ben Fogle documentary on Chernobyl last night it was good even though it was over sensualised on the present danger that now exists.
And the bit about holding a torch up and there are particles of dust was a bit over dramatised, to say the least, and that was why he was wearing a mask to stop radioactive particles from getting in his mouth and nose.
“So it won’t go in through your eyes then? Making out to be more dangerous than it is.
“In general apart from a few hot spots, the exclusion zone is now considered background and him saying he needed special permission to go in the control room 4 is a bit of a porky as they now do tours in there.
“Apart from that, it was quite good and reminded me of my trip to the region to assist with the disaster.”
Thomas who followed his late father into the nuclear industry has operated at each of the UK’s nuclear power plants as well as around the globe.
In recent times, people recall the scientist pulling Welsh politician Neil McEvoy apart online when he claimed that mud in the Severn Estuary was dangerous to the Welsh nation until Thomas shot him down in flames with nuclear facts, the campaign by the politician hasn’t been heard of since with McEvoy adding no further comment.