Wales has a NEW political party known as Propel

Mar 4, 2021 Wales has a NEW political party known as Propel 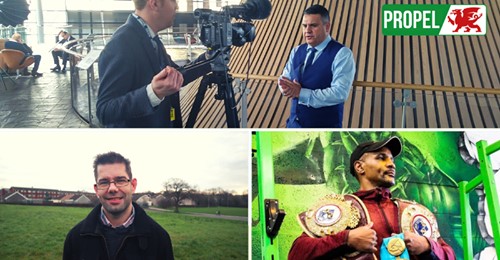 Neil McEvoy an MS in Wales announced the new party registration just over an hour ago and set out its aims on social media.

“IT IS OFFICIAL. Wales has a new political party and Propel will be on the ballot paper in May. We’re not here to be like the other establishment parties. We bring something very different. We’re campaigners looking to end the corruption and incompetence that is endemic in Welsh public life. We will also be the only credible party at the May elections who will make a scientific and medical case for ending Drakeford’s incredibly damaging lockdown. We’re going to give people a choice to end Welsh lockdowns, save lives and restore freedom.”

The announcement is set to spice up the election campaigning for sure as Propel plan to remove the Labour-led country currently led by Mark Drakeford.

McEvoy who clearly has no time for the Welsh leader or his party has already attracted mass support as being seen by many as a people’s leader and one who works off common sense rather than political agenda.

Its certainly going to make an interesting election even for those who don’t like politics.

Steven Thomas a property developer from Bargoed feels it will be the best election ever, he said: ” He’s the people’s champion for sure, I’ve followed him for years now and he gets my vote this time around, anything to get rid of the dictator Drakeford and the Labour party, people need to stop voting Labour around here just because their great grandfather did  and broaden their mentality”

” Propel is a breath of fresh air and now the people of Wales have someone half-decent to vote for” he finished.