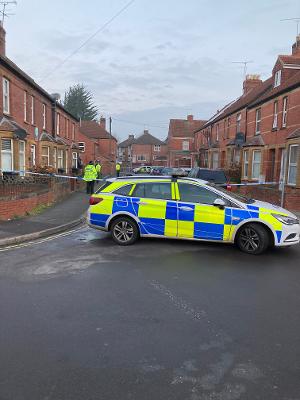 Yeovil Somerset is the scene of another suspected murder this morning

The suspected murder appears to have taken place around 10 pm when police swarmed into Manor Road in Yeovil Somerset.

Whilst at least 10 police cars attended the crime scene it was backed up with 3 ambulances as well as the air ambulance called in to land near the Octogan theatre.

Eyewitnesses this morning described what took place as police are continuing with their investigation.

Tim told Global247news ” It all kicked off around 10 PM as police cars raced into Manor road and then a few ambulances – shortly after an air ambulance arrived, not long after whilst it appeared people were being attended at the scene also out came a body bag with one taken away.

” As the police taped off the road one told me it looked like murder – It looks as if it was a battle between Polish residents, It’s not the first time police have been called there, that lot start drinking in the morning and are still at it late at night”

Manor Road is currently cordoned off by police as they making house to house enquiries this morning.