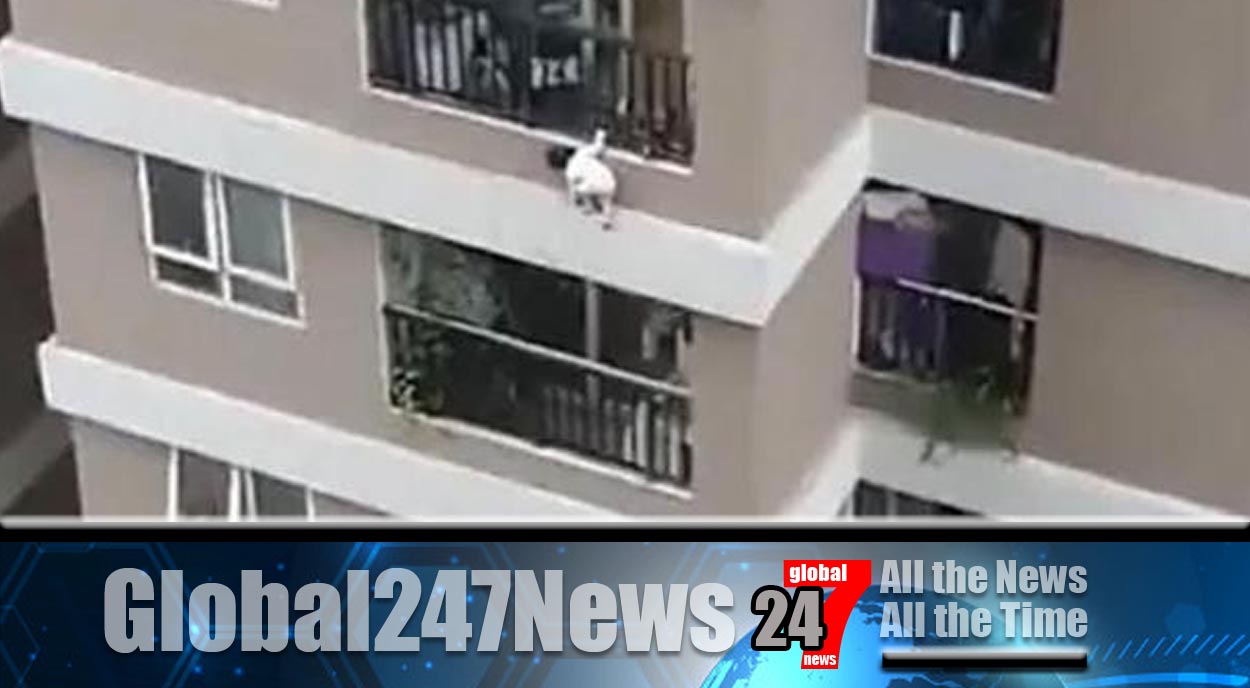 A delivery driver has been hailed a hero after catching a 2-year-old girl as she fell from a 12th floor balcony.

Delivery driver catches baby who fell from 12th floor balcony: Nguyen Ngoc Manh, 31, heard a child’s cries as he sat in his van on Sunday in Hanoi. He told a local news agency that he also heard a woman screaming. He thought the child was just “playing up”. He told reporters that he had to scale a two meter high roof to enable him to be in a position to catch the child.

“Everything happened within a minute. I didn’t understand how I could scale the roof that quickly. I couldn’t believe I saved the girl’s life.” Video footage caught the heart-stopping moment the little girl landed in Mr Manh’s arms.

“I tried to reach out my hand and took the maximum effort to catch the girl.” After being rushed to the National Children’s Hospital the little girl was found to have a dislocated hip. However, amazingly she had no further injuries. Mr Manh suffered a sprained arm in the incident.