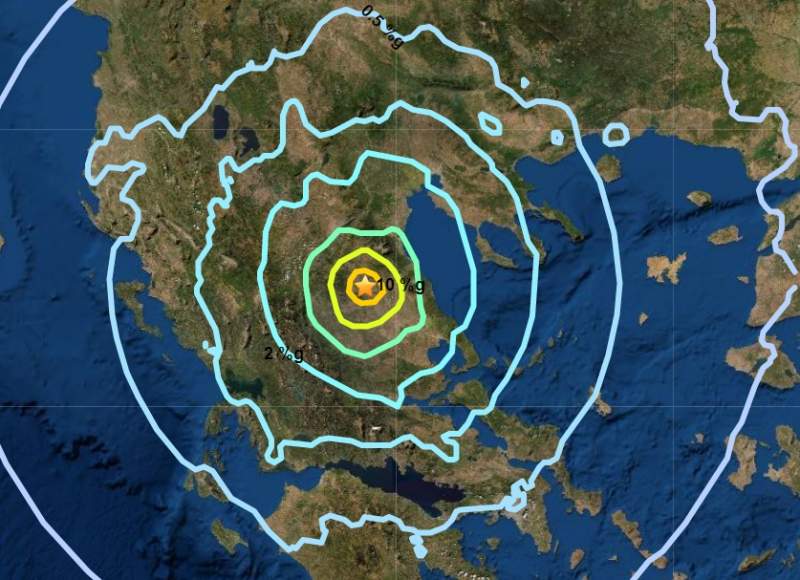 An earthquake of around magnitude 6 has struck in Greece, with tremors felt in Athens and even as far away as Kosovo. The epicentre is around 25km northwest of Larissa, the fifth most populous city in the country, seismologist Stephen Hicks said. He added: ‘Quite a shallow depth so strong shaking can be expected. Magnitude estimates still variable, hence “6-ish”.’