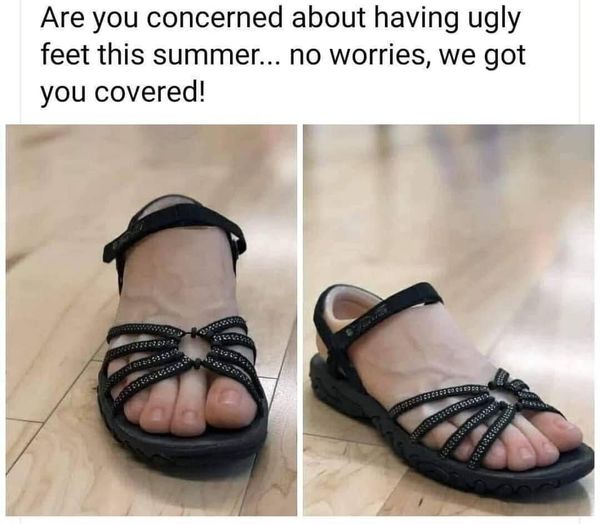 With their latest invention, Dave and Caroline Jones from Rhondda Cynon Taff have seen sales soar despite expecting to see a drop off on in sales due to holiday restrictions.

The couple from Porth, have made their living for several years producing personalised flip flops for clients, before taking to their summer holidays and in 2020 saw like most in the tourism industry a large dip in sales.

Instead of giving up until the holiday seasons returned to normality, co-owner Dave Jones listened to a friend and came up with a seaside type of sandal for those who feel they have ugly feet.

Jones told Global247news: “Our normal business and production is producing personalised flip flops, we would normally cater for those who wanted to make a statement with their feet, for example, stag and hen parties heading out to the likes of Spain or Portugal, we also personalise for those who like to fly their flag when on holiday, producing Welsh flag flips etc, anyway sales due to COVID dropped off with fewer trips abroad.

“I was just generally talking to a pal of mine in Cardiff about business and he commented on how he hates feet, seeing feet and all to do with feet and it was later that night I thought about how many people hated their feet.

” I said to Caroline lets produce a fake foot sandal for those folk and we went to work on them ready for this summer,” he told.

Wife Caroline, who heads up the marketing tells how the ‘fake foot’ sandal has soared in sales since its launch with Spain becoming it’s biggest market.

” We launched the new design and sales have soared, but most of the business is to the export market of Spain – mainly older people with ugly feet who due to climates are in an open shoe more.

“Age, of course, has a lot to do with it, the older the foot the uglier it tends to be and it appears the British ex-pats in Spain have really ugly feet! – we are sending out up to 20 pairs a day on times but the average is 10 to Spain per day, they are going down a storm over there, although we are picking up some orders now here in Wales in anticipation of the summer, last week was good due to the sunny weather” said Caroline.

“If the business carries on like this to Spain, we will look to opening an outlet over there in time but it’s early days yet, although I said to Dave once lockdown and restrictions are over I better go over and inspect all the ex-pats feet to see how ugly they are and if the market is bigger enough.

“It’s a bit hard at the moment studying the market, but we are now looking at ex-pats feet on Facebook to study them” she laughed.