Welsh leader Mark Drakeford says the worst is behind Wales 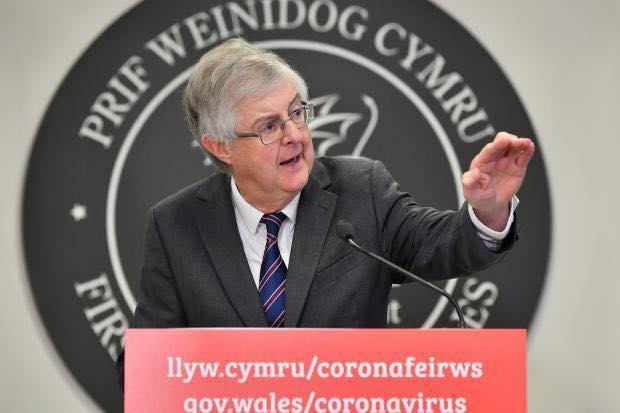 First Minister Mark Drakeford says worst of second-wave hopefully behind us’ as Covid19 case rate falls to 64 per 100,000 in Wales

The First Minister said the worst of the second-wave of coronavirus is “hopefully behind us” as the overall case rate for Wales has now fallen to 64 per 100,000 of the population.
In every part of the country, the rate is below 100 cases per 100,000 people and in five local authority areas, it is lower than 50 cases.
Mark Drakeford told a press conference on Monday that this was an “encouraging sign” that there are “more positive days” ahead.
He added that “real progress” is being made with the vaccination programme, as more than 1 million doses have been administered in Wales.
That means more than 3% of the population here have had two doses of the vaccine – a larger proportion than any other part of the UK.