A rooster with a knife strapped to its leg has killed its owner after stabbing him in the groin.

Mar 1, 2021 A rooster with a knife strapped to its leg has killed its owner after stabbing him in the groin. 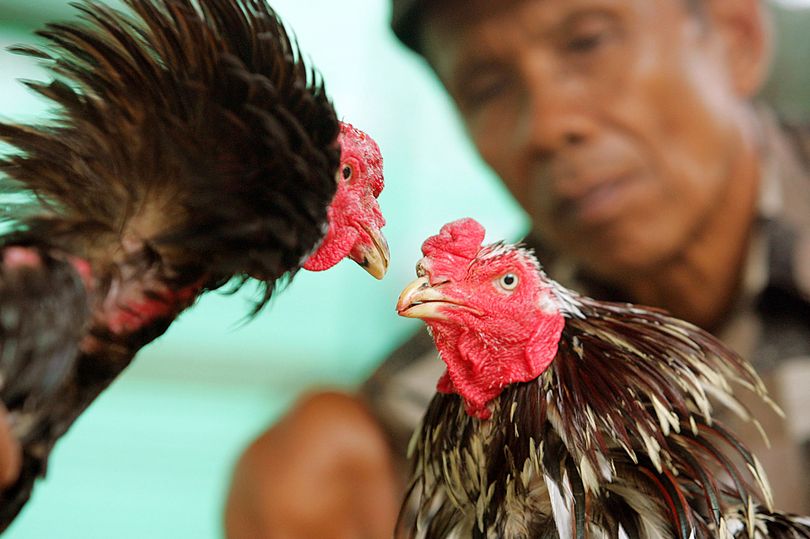 A rooster with a knife strapped to its leg in preparation for an illegal cockfight has killed its owner after stabbing him in the groin.

The bird was fitted with the blade for a fight to the death with another rooster in India before it made its bid to escape.

AFP reports the bird caused fatal injuries to its owner’s groin as it scrambled for freedom with the blade still attached. The bloke was rushed to hospital but bled out from his injuries before he arrived.

Cops seized the rooster and held it at the police station before taking it to a poultry farm. Now they’re hunting for the organisers of the 16-strong bloody event.

“We are searching for the other 15 people involved in organising the illegal fight,” officer B Jeevan said.

They may face charges of illegal betting, hosting a cockfight, and even manslaughter after the gory death.

Cockfights are organised events that put a number of specially-bred gamecocks in an enclosed pit and let them fight to the death for gambling and entertainment.

Picks or blades are taped to their feet and legs which are designed to puncture lungs, pierce eyeballs and inflict maximum damage on the other birds.

Punters can bet thousands on illegal events, which are considered cruel and inhumane.

The fights can last as long as half an hour while one or both of the birds suffers a slow, painful death

.Although banned in many places around the world, cockfights attract thousands of visitors every year.