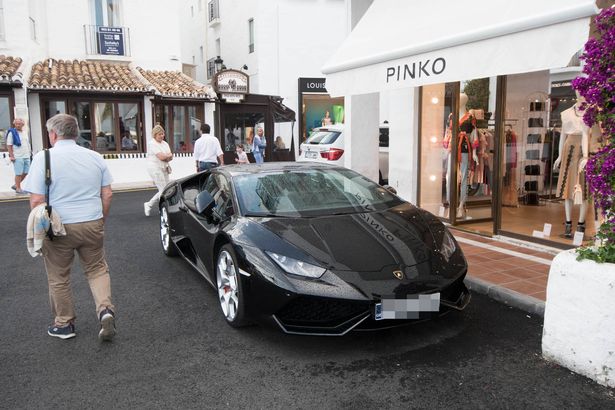 The Spanish government are removing hundreds of British nationals off the Costa del Sol as the deadline of March 31st approaches after the EU departure of the UK.

Hundreds of Brit’s are now going to be deemed ‘illegals’ on March 31st if they don’t have residency having spent 90 days in Spain.

The Brit’s who don’t have the correct documentation to be able to claim residency with hundreds either not even bothering to apply or being declined are now starting to head home as applications are denied.

Nicknamed the ‘Costa del Crime’ Brit’s who have run to the sunny climes of the Costa del Sol escaping the UK for various reasons including evading British lawmakers now are either returning home, whilst the criminal fraternity look further afield to the likes of the Middle East for their boltholes.

It’s not just criminals though who are on their toes, many simply don’t want to become legal and enter the Spanish system or have applied for residency but had it denied for not being able to meet the correct criteria required by the Spanish government.

Before Brexit, Brit’s ran to Spain for freedom from crime, divorce, and many other reasons – often trying to reinvent themselves and their lives, but now that game is over in Spain.

Finch Davenport who’s one returning to the UK told Global247news how he’s not looking forward to leaving but see’s no option, as he said: ” Spain’s always been a good ‘black market’ to operate in until now, cash jobs plentiful and an easy system to beat without having to be a legal but Brexit has killed that off – it’s time to get out of here now, I’m looking at Turkey and it’s regulations but I need to decide quickly as time is running out” he said.

” There’s no life for me in the UK these days and to be honest I have been out of the UK system for so long, they are bound to catch up with me at some point especially for child maintenance payments covering 10 years, to be honest, I just disappeared and run to Spain” he finished.

Although legal ex-pats who have now or always been residents of Spain, following Spanish law in full are delighted to see the ‘illegals’ depart.

Tony Greedy, in Spain’s Fuengirola, is delighted as he said: ” It’s fantastic, Spain is getting rid of all the ‘scallies’ around here, it should make the area a far better place, they come over here before normally on the run from something, full of bullshitters too – they would be a labourer getting on the plane and as they landed were Managing Director’s of building companies, they would ‘odd job’ around the area – if you saw some of their work you would see they didn’t have a clue!

” They would be in the pubs and bars at opening and still there at closing in many instances living off illegal gains, many being drug dealers to tourists etc – Thankfully those days are going to be over hopefully”

Brian Kelly another in La Cala told: ” Deadline is approaching and it’s great to see the ‘pond life’ leave, there’s one in our town who has already gone, he was making 10k every 3 months from cannabis growers, his job was simply to go and rent homes for growers to move in and start drug growing operations – he was quite open about it, he was making a small fortune illegally as he would have 5 to 8 rentals on the go up in the campo.

” At one stage there were more Scousers here than in Liverpool I reckon – most of them operating illegally, I won’t miss them for sure!”

A source close to the Spanish police revealed how after the deadline date inspections of correct paperwork and residency will be fully endorsed with the rights to ‘stop and request’ to ensure Brit’s haven’t outstayed their welcome.

The source said ” The police have already been advised of pending patrols and actions to take after the deadline, it’s expected hundreds will try and ‘wing it’ and stay, so the police have a list of target venues where Brits gather and raid for paperwork inspection”