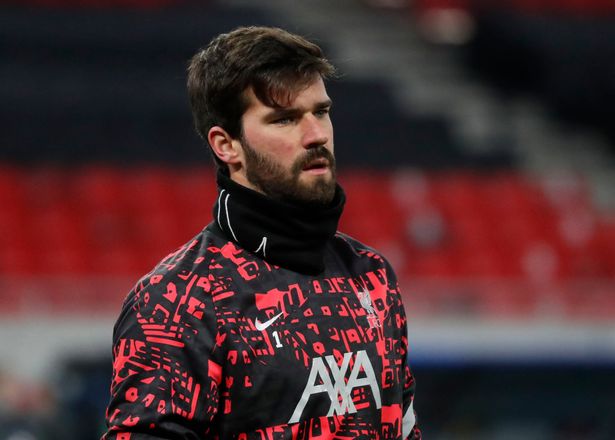 The father of Liverpool goalkeeper Alisson has died after drowning in a lake in Brazil, according to reports.

Jose Becker, 57, was swimming in a dam near his holiday home in the southern region of the country, near the town of Rincao do Inferno on Wednesday.

He was reported missing to local police at 5 pm before the Cacapava do Sul Fire Department later located his body during their search at 11:59 pm.

ESPN state that the local authorities told them the death was not being treated as suspicious and there was no foul play suspected.

Brazilian club Internacional – whom Alisson and his younger brother Muriel both used to play for – issued a statement following the tragic news.

“It is with great sadness that we received the news of Jose Agostinho Becker’s death, the father of our ex-goalkeepers Alisson and Muriel,” the club said.

“Clube do Povo wishes strength to family and friends in this moment of so much pain.”

Sao Paolo FC also posted on their Twitter account, writing: “With much regret, São Paulo FC receives the sad news of the death of José Agostinho Becker, father of goalkeepers Alisson and Muriel.

“Our condolences and solidarity with the two athletes and their families. A lot of strength and a lot of light at this point.”