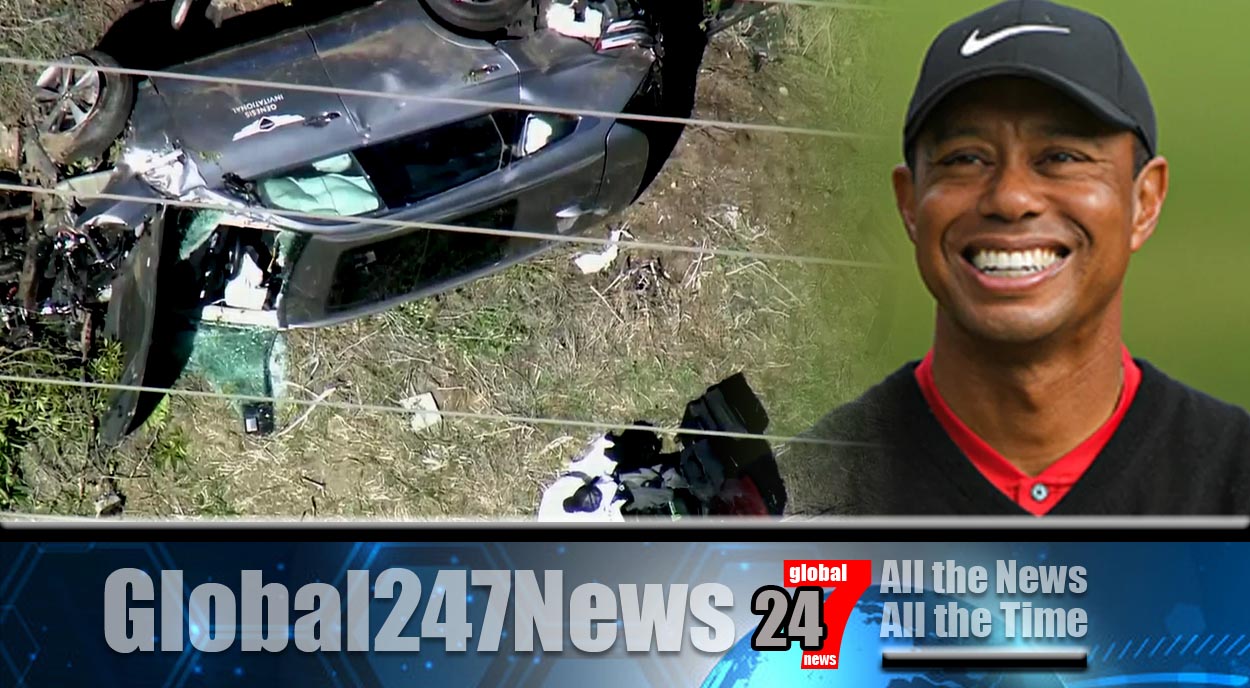 Tiger Woods is “awake and responsive”. After surgery in the early hours of this morning.

Tiger Woods undergoes surgery after “horrific car crash”: He underwent a long operation after being involved in a “horrific car crash”. After his car left the road fire crews had to cut him free from the wreckage. During surgery he has had his right leg and ankle pinned and screwed. His injuries are not thought to be life threatening. A statement on his social media reads “He is currently awake, responsive and recovering in his hospital room.

There are no further updates and this time. And we thank you for all your well wishes and your privacy for him and his family.” Chief medical officer at Harbor-UCLA Medical Centre, Anish Mahajaan, said that Woods had suffered. “significant orthopaedic injuries to his right lower extremity. That were treated during emergency surgery by orthopaedic specialists”.

He added. “Commuted open fractures affected both the upper and lower portions of the tibia and fibula bones were stabilised. By inserting a rod into the tibia. Additional injuries to the bones of the foot and ankle were stabilised with a combination of screws and pins. Trauma to the muscle and soft tissue of the leg required surgical release of the covering of the muscles to relieve pressure due to swelling.”

No other vehicle is thought to have been involved in the accident. And Woods car traveled several hundred feet before hitting a tree. Officers at the scene said the accident was so bad they are surprised Woods survived. Deputy Carlos Gonzalez said. “I will say it’s very fortunate that Mr Woods was able to come out of this alive.”