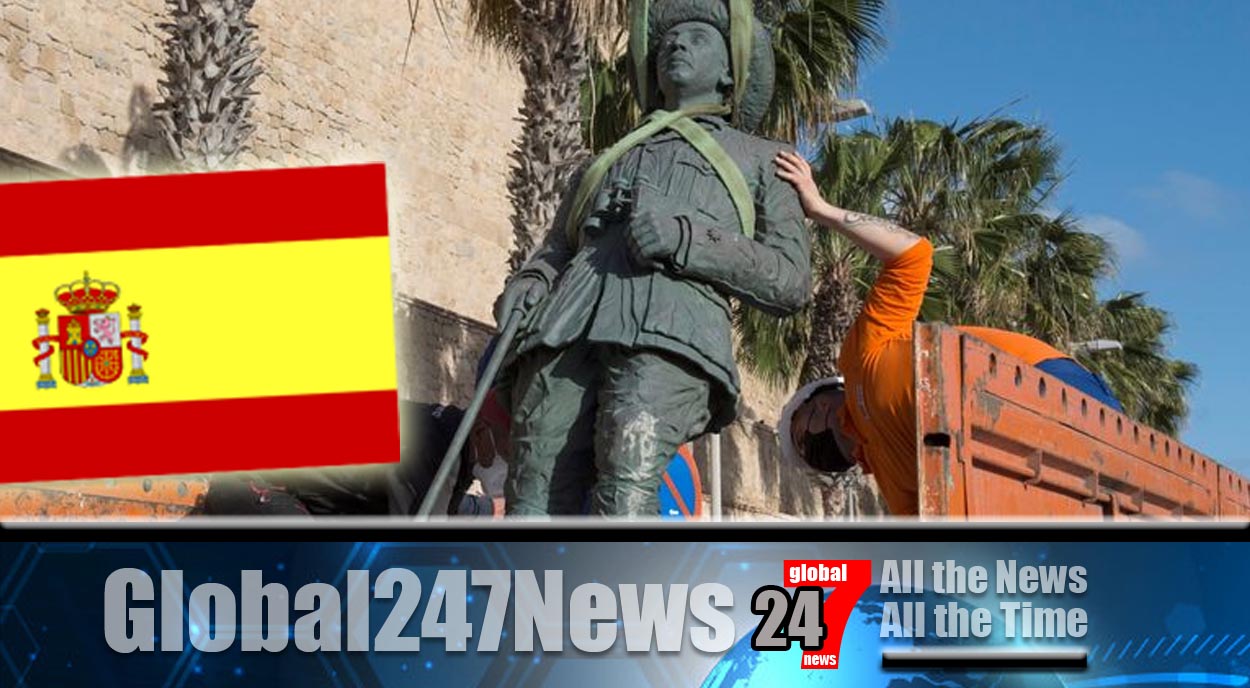 Last statue of dictator Franco removed by Spain:  It had stood at the city gates of Melilla. An autonomous city on the northwest African coast. Without any fuss or moving tributes workers cut away at the statue’s brick platform. They then lifted it off with chains and it was taken away in a pick-up truck.
The statue had been erected three years after his death in 1978. To commemorate his command of the Spanish legion. Elena Fernandez Trevino, who is in charge of education and culture in the city, said. “This is a historic day for Melilla”. She pointed out that it was. “the only statue dedicated to a dictator still in the public sphere in Europe.”
The removal of the statue had been met with opposition from the far-right Vox party who voted for it to stay. They argued it commemorated Franco’s military role and not his dictatorship. However, the local assembly voted for it to go. Vox said the Historical Memory Law, a 2007 statute calling for the removal of all symbols connected to Franco’s regime, should not apply.
Over the years the Spanish Government have removed many statues of Franco using this law. Last September saw them take over the former dictator’s summer palace from members of his family.