Feb 24, 2021 Gloucester Woman slain by her toyboy who used the spade he buried her with to batter her 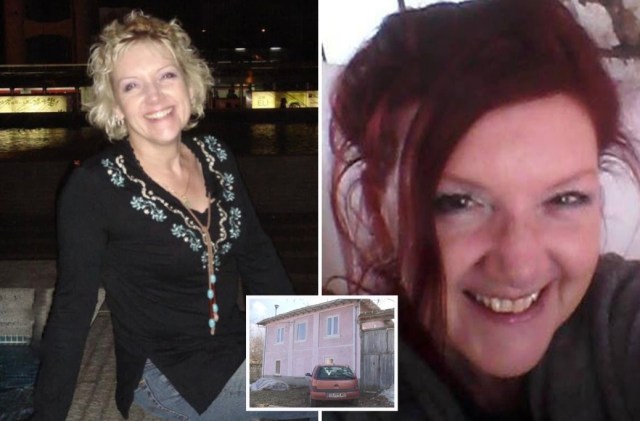 Former legal secretary Tina Eyre, 62, was found dead in a pool of blood in a barn at her home in Bulgaria after neighbours became worried about her.

She had not been seen for several days and had not responded to phone calls from the local postmistress, who alerted the local mayor.

Two other Brit ex-pats who lived nearby were asked to check on Tina – but when they arrived they found a 26-year-old Bulgarian Roma gipsy digging a hole in her garden.

When questioned, he said that the owner had asked him to look after her three dogs.

Soon after, however, he ran off through neighbouring gardens, and Tina’s body was found during a search of her property in Veliko Tarnovo.

It is believed he was digging her grave, according to police reports, and was using the same spade he had killed her with to dig with.

Cops arrested him during a house to house search after being given a photo of him by one of the ex-pats who went to check on Tina.

Tina originally lived in Gloucester and moved to Bulgaria after a 17-year career working for the law firm Clifford Chance, according to her LinkedIn page.

She lived alone in the village for four years and looked after dogs and pigs on the farm.

In a recent post on LinkedIn, Tina wrote she was “enjoying life”.