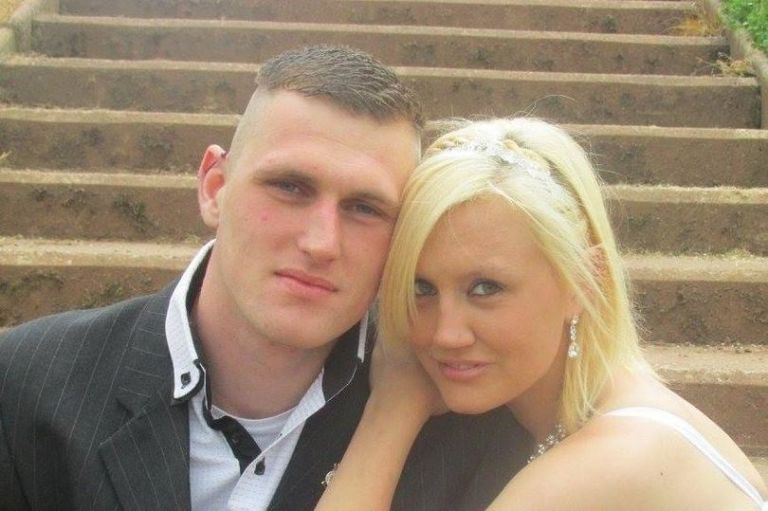 A couple who tragically died in a house fire have been pictured for the first time as relatives pay tribute.

Daniel Rudge, 29, and Kaylie Rudge, 28, were killed when a blaze tore through their home in St David’s, Exeter yesterday morning.

Their daughter Lilly, four, also lost her life in the devastating incident.

The parents’ three other children – aged nine, seven and four – were in the house during the fire and were taken to hospital, police said.

Images of keen biker Daniel and full-time mum Kaylie have been shared as a fundraiser is launched and family tributes paid.

Daniel’s sister Mandy Rudge, 31, said at her parents’ home today: “There’s not much we can say, words cannot describe how we feel.

“We were talking with them only the other day and now they’re gone.

“Kaylie was the most beautiful person in the whole world and Daniel has the biggest heart in the world.

“They would do anything for anyone.”

Mandy said the family have not been given any indication of how the fire started.

She added: “We have no idea how it started.”

Some flowers have already been laid at the couple’s home as the local community expresses their shock at the tragedy.

Lauren England, a friend, said: “Daniel’s sister is our good friend and neighbour and we used to socialise a few times a week with Daniel and Kaylie.

“We are absolutely devastated and heartbroken not only to lose friends but to help his sister and family get through this awful time.

“They were such funny, caring and loving individuals, amazing parents to their four beautiful babies.

“They were always there when we needed them the most without any hesitation, they were at our door within minutes, always thinking about everyone else but themselves.

Police, who have confirmed all the victims were related, described the fire as “deeply upsetting” and have opened an investigation into the cause.

Officers arrived at the scene in the city at around 5.30 am on Sunday after being called by the ambulance and fire service.

In a statement yesterday, Chief Superintendent of Devon & Cornwall Police Daniel Evans said: “It has now been confirmed that two adults, a 28-year-old woman and a 29-year-old man, plus a 4-year-old girl have all died following this house fire.

“Next of kin have been informed and we will be supporting those affected with specialist officers.

“Two boys aged 4 and 9, and a 7-year-old girl who was also in the house at the time of the fire remain in hospital.

“All three are currently in a stable condition, and all will be transferred to Bristol Children’s Hospital later today; all six within the property are related to each other.“We are working closely with specialist scene investigators to help us understand how this tragic incident could have occurred, but currently, there is nothing to indicate any third-party involvement in this matter and therefore we are not seeking anyone in connection to this fire at this time.”