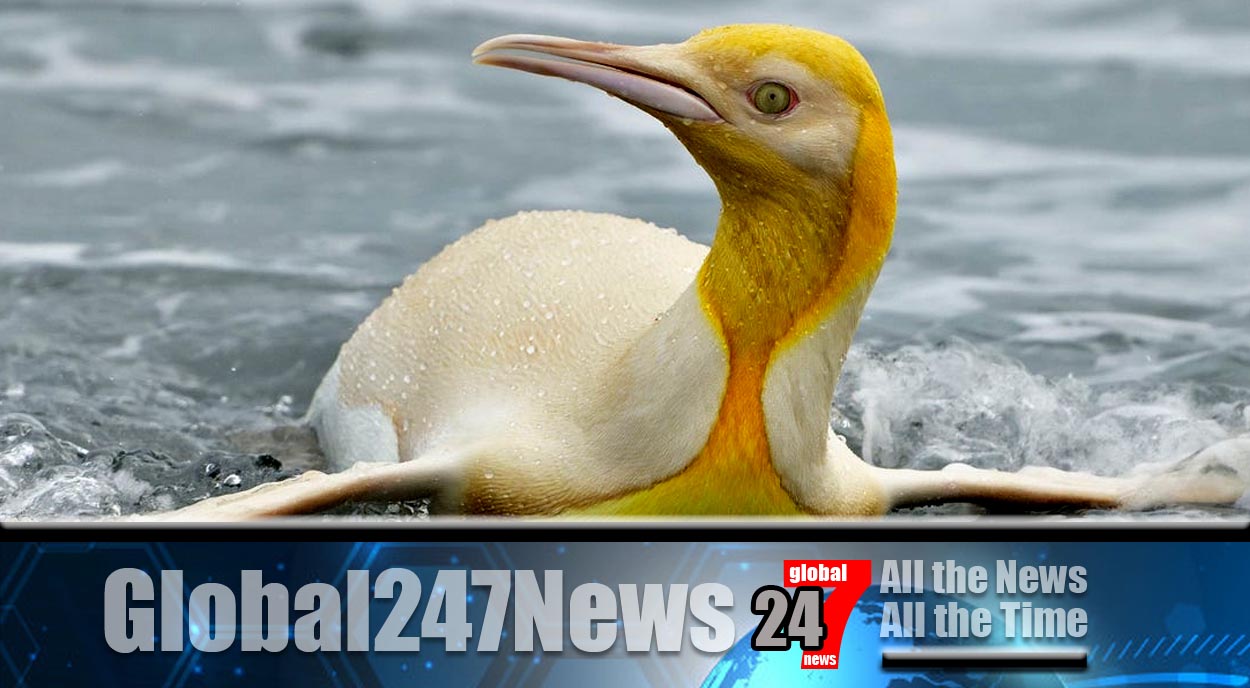 For the first time ever a yellow and white penguin has been spotted in the South Atlantic.

First yellow penguin ever sighted in South Atlantic: The bird has no black markings on it’s body. A photographer of wildlife snapped shots of the bird on a South Atlantic island. It was there amongst hundreds of black and white ones. “I’d never seen or heard of a yellow penguin before. There were 120,000 birds on that beach, and this was the only yellow one there.” said Yves Adams the photographer.

On his discovery he said “They all looked normal except for this one. It really was something else. It was an incredibly unique experience. One of the birds looked really strange, and when I looked closer it was yellow. We all went crazy when we realised. We dropped all the safety equipment and grabbed our cameras.

We were so lucky the bird landed right where we were. Our view wasn’t blocked by a sea of massive animals. Normally it’s almost impossible to move on this beach because of them all.”

The penguin is classed as “leucistic” which means it doesn’t produce melanin and it’s black feathers turn yellow and cream. Adams said “It was heaven that he landed by us.

If it had been 50 metres away, we wouldn’t have been able to get this show of a lifetime.” Researcher Daniel Thomas said “Penguins use the yellow pigment to attract mates and we strongly suspect that the yellow molecule is synthesised internally. It’s distinct from any of the five known classes of avian plumage pigmentation and represents a new sixth class of feather pigment.”