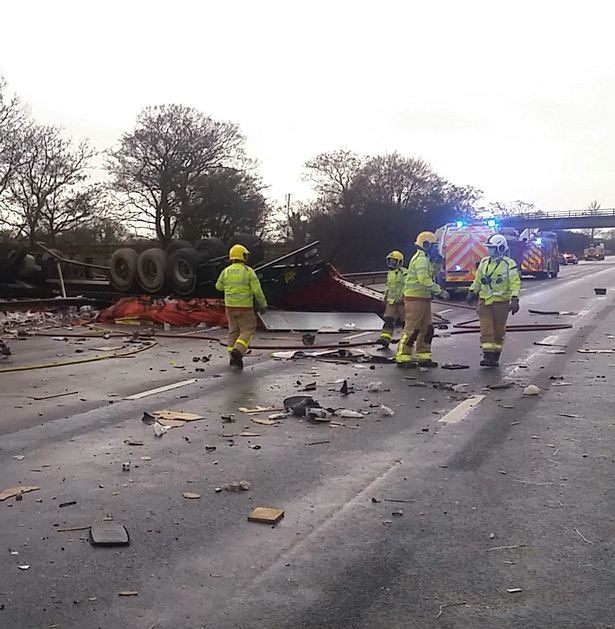 Emergency crews have released pictures of the devastation that caused the M6 motorway to be shut for almost 24 hours.

The carriageway was fully closed in both directions between Junction 17 for Sandbach and Junction 16 for Crewe after a fuel tanker crashed into a bridge on Tuesday afternoon.

It caused at least 14,000 litres of fuel to leak out onto the road.

A second collision later occurred involving a heavy goods vehicle, which was carrying a ‘significant quantity’ of alcohol, and a van.

Firefighters also had to help the van driver out of his vehicle.

Both had to be taken to hospital by ambulance with the van driver’s injuries described as serious.

Cheshire Police have been contacted for an update on the condition of both drivers.

Police and emergency services were deployed to the scene, where they remained until Wednesday morning.

Firefighters also worked to contain the fuel spillage from the first incident.

The motorway has now been fully reopened after 20 hours.

It eventually reopened at 11.30 am and congestion is now beginning to ease, according to the Highways Agency.