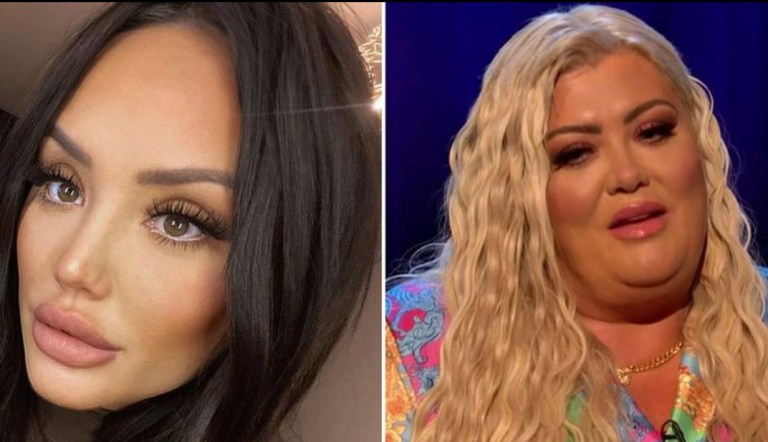 The former Geordie Shore star, 30, said she ‘couldn’t hold her tongue’ any longer and voiced her opinion on the TOWIE star, 40, after watching her interview unfold on Piers Morgan’s Life Stories last night.

Taking to her Instagram as the show aired on ITV, she took a picture of Gemma during the interview and shared her scathing, unexpected comments about the star alongside it.

Charlotte wrote: “I can’t hold my tongue any longer. This woman is the most rudest vilest women I’ve been in the same airspace of. [sic]”

And she gets this kind of exposure.

“A show that Sir Tom was on and every legend under the sun.

“I’m sorry but. This needs to be said now. This woman is vile! [sic]

What had this girl done on tv but degrade everyone and act like she’s the dogs b***ocks.”

I have first hand witnessed her ABSOLUTE RUDENESS.”

It’s unclear what, if anything, transpired between the pair before Charlotte’s random outburst.

Fans have defended Gemma on Twitter after noticing Charlotte had hit out at her online.

“Hashtag be kinds comes to mind. Considering what we’ve seen Charlotte Crosby get up to on TV compared to Gemma!” another commented.

Charlotte’s fiery comments come after Gemma talked about suffering horrific online abuse, including receiving death threats, since she started out on TOWIE in 2011.

The outwardly confident TV personality opened up about how she has been affected by cruel haters.

Gemma told Piers during the interview: “It’s hard to watch. You don’t forget it but, that’s the downside to fame. I’m a lot more comfortable now in my own skin.”

She also opened up to GMB’s Piers about her suicidal thoughts after on-off boyfriend James Argent had a drug overdose at the end of 2019.

Breaking down in tears, Gemma said: “For anyone that thinks about taking drugs or trying it for just one night, you can get really addicted.

“I was really happy with James and we did get on, but the drugs changed him as a person, and I fought every day for three years to get him well,” she sobbed.

She continued: “I think when my relationship broke down with Arg, that affected me. I just thought I don’t wanna be here anymore. I can’t take it.

“Christmas was an all-time low. I saved his life three times. I had this insatiable love for him. I never wanted to give up on him.”

Gemma also talked about her miscarriage she suffered when James was the father, and she said she definitely would have kept the baby.

“There was a lot of love there, but the relationship turned very sour because of the drugs,” she remarked.