Illegal migrants getting treated like royalty in plush London hotels 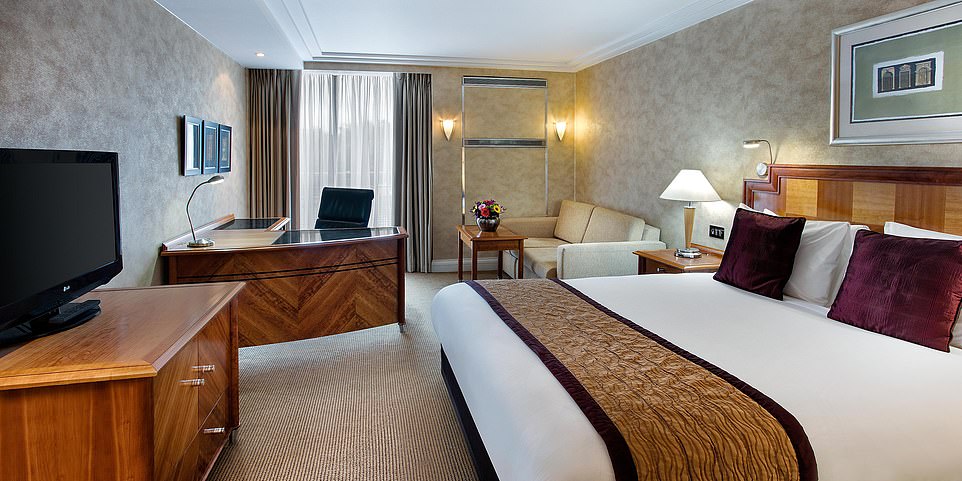 The migrants are unaware of the controversy now emerging at Government level over the priority list breach.

One 26-year-old Sudanese man explains: ‘I was living rough in Calais until before Christmas when I came to the UK by boat. When I was given this hotel to stay in I was relieved.

‘They serve us too much rice and pasta to eat. It is nearly every meal apart from breakfast. That is the biggest complaint we have.’

Quarantine travellers will stay at the Ibis Styles London Heathrow East, 15 minutes from the airport.

The three-star hotel has 125 rooms with wifi and air conditioning.

There is also an onsite restaurant and bar – but this will be off-limits to guests in quarantine, which costs £1,750 per head.

The Art Deco rooms include a bed, desk and TV. Larger ‘interconnecting’ rooms with sofa beds are also available.

Comparison sites list rooms starting from around £60 per night for two adults.

Meanwhile, the four-star Crowne Plaza – where the migrants are staying – is five miles away in Hayes.

It has an on-site gym and an indoor swimming pool. The hotel also boasts a brasserie, bar and 21 meeting rooms, the largest with a capacity of 250.

The hotel has wifi and offers ‘dedicated Quiet Zone rooms, where outside noise and distractions are kept to a minimum’.

Bedrooms include a desk, TV and seating. Comparison sites list rooms starting from around £109 per night for two adults.

A 34-year-old Eritrean woman walking from the hotel at 9 am on Friday to buy extra groceries from nearby shops said: ‘I had been in Europe for seven years trying to find a way to get to the UK.’

She arrived last September and is grateful for the hospitality offered by the country.

In a hoodie and mask, she said: ‘Yes, the food at the hotel is so-so,’ she gestures. ‘But Britain has welcomed us.’

Until the Crowne Plaza was taken over for migrant accommodation by the Government, it was the popular haunt of business people travelling in and out of London’s premier airport, those enjoying weekend breaks or visiting the capital for holidays.

In peak seasons, rooms were on offer – including suites – for upwards of £100 a night.

The migrants are living here courtesy of the Government and can leave the hotel when they wish to wander into nearby West Drayton, to visit the food shops open during the lockdown.