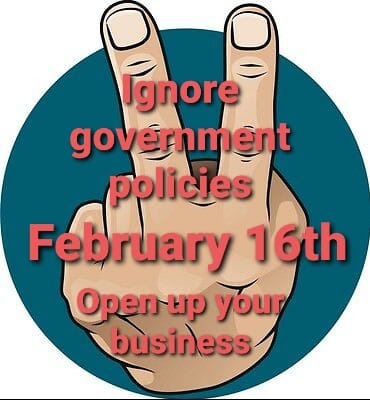 Expats residing and operating businesses on Spain’s Costa Blanca are about the challenge and defy the Spanish government.

The ex-pats feel so desperate as they watch hundreds of businesses owned by ex-pats as well as Spaniards, go out of business feel they have nothing to lose, despite risking massive Spanish fines and possible arrest.

Having faced months and months of financial turmoil they are now preparing to defy the law and open their businesses against the heavy regulations that state they should be closed.

On the 16th, ex-pats from Britain will stand alongside other nationalities in an act of defiance as they all open up for trade.

The campaign plan is that if everybody does it, the authorities will not be able to cope with maintaining the what appears, over the top harsh regulation.

Although the stance is going to require numbers in volume to work against the establishment. Whilst people say they will participate when it comes to Tuesday, for the campaign to work and overload the authorities to the point they just allow the demonstration to take place, numbers of participants are required to avoid staunch campaigners being singled out.

In the event of a limited amount of bar and restaurant owners only taking part, they are likely to be singled out and fined heavily.

Spain is rather different from the UK when it comes to the fines system from the police, the authorities have the power to ’embargo’ your bank account freezing all your available funds until the fine is paid, whilst at the same time in the event of not enough funds, they will deduct sums from any earnings in the future detected by NIE and social security numbers.

In essence, you could be paying a whopping fine of around €60,000 for several years if you continue to remain in Spain and reliant on the Spanish system.

Although as in the case of many ex-pats who have gone out of business already in Spain – a move back to the UK eradicates the fine in general, although a move back to Spain in the future will become near impossible without paying the fine.

This though at present doesn’t seem a deterrent to those hundreds who are claiming they will take part on the planned demonstration.

“What have we got to lose?” says Linda Hall who operates a bar in Valencia ” We are going to lose everything anyway if we don’t take action, if we go bust, they won’t have anything to take from us anyway, the authorities as we stand are sending us bust anyway,” she said.

Meanwhile, Darren Laventure, who operates just outside of Benidorm said ” We need numbers to back up their talk of opening, they can’t fine us all if it becomes a large scale demonstration if everyone who says’s they are going to open, opens then we have nothing to fear

“Listen unless there is change, there will be no establishments left for when holidaymakers eventually return anyway, that will be detrimental to the authorities in the long run, so they can’t fine everyone and we must all be united and stick together in this – we know especially us British ex-pats the police will often turn a blind eye to Spanish bar owners – I’ve seen it with my own eyes, the smoking law as an example – one rule for one and one for another

“We need to pull this demonstration off and I urge everyone to participate on the day” he finished.

UK Furlough to be extended until September today

UK Furlough to be extended until September today