Feb 11, 2021 spain news, Starving in Spain as residents are forced to pick left overs from the street as holiday market collapses 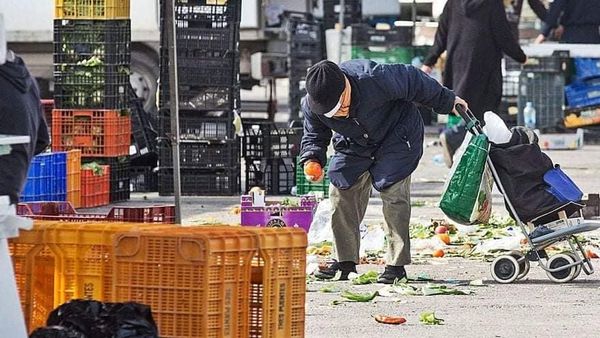 Whilst the globe suffers from the pandemic, some countries residents are suffering far more than others including Spain where people are being forced to find food off the street to survive. 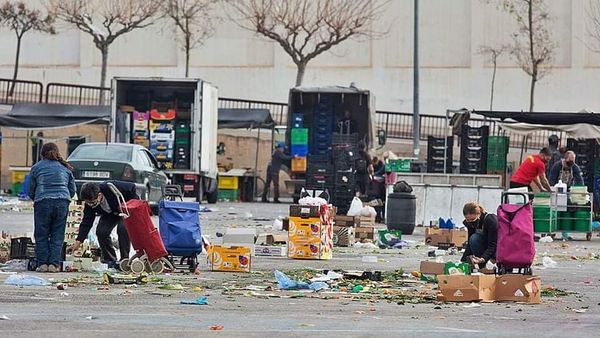 As markets finish, residents pour in with their shopping trollies to gather the leftover scraps as they have no money to pay. 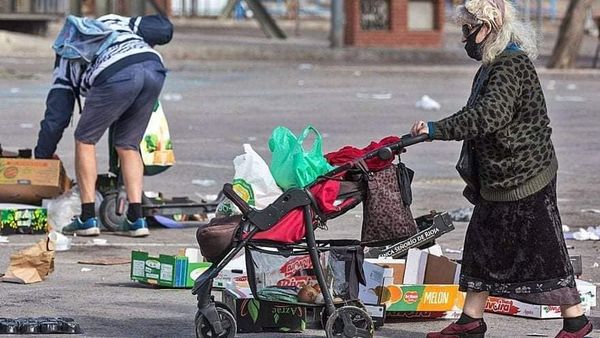 In shocking scenes of poverty in Spain its not just the Spanish who are suffering, its British nationals also having to scrummage for food off the street.

With failed businesses behind them, and mass unemployment across the country as the nations tourism industry collapses, residents in Costa Blanca of all nationalities are left scraping to survive.

It’s certainly not the scenes any holidaymaker would envisage of the Costa Blanca as many in the region starve.

Former entertainer, Reg Williams, who used to entertain bar customers playing the guitar, is one of those stranded in Spain, living in a cardboard box under a dry river bridge.

Reg tells of his plight, ” It all fell apart so quickly, in February I was working and making a living each night and now I’m on the street begging and picking up scraps to eat – I have no money to get home to the UK and I have no family or friends there, I lost my home a one-bedroom apartment after being kicked out not paying my rent, despite it being against the law to boot me out, they did anyway, the authorities didn’t want to know, so here I am.

“To eat now, I with many others wait for the market to finish and go and collect the scraps, it’s no fun but it gets something in your belly,” he said.

Another British resident in a more fortunate position took a poke at the Spanish government as he commented on the current situation:

“Shame on you, people don’t have any assistance and have now resorted to scouring markets after they close to eat …while your belly grows fat and now there is news that judges are investigating illegal vaccinations for government and civil servants jumping the queue ….. I don’t understand how you think people are living …we are so lucky as we have a roof on our head and food in the fridge but these people are the most vulnerable and you cast them aside like shit on your shoe …. people need help”